Making screenshots of the Nokia 770 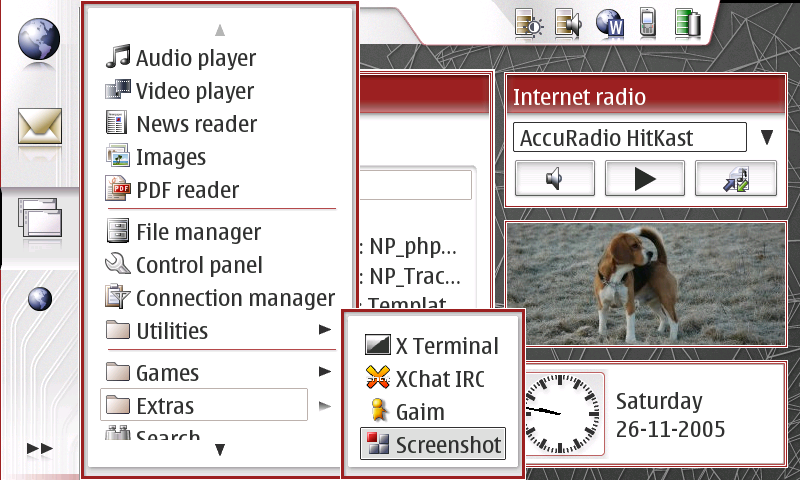 With a great toy like the Nokia 770 one wants to make screenshots. For some unknown reason there is no standard tool to do it.
The third party CPU/memory applet can make screenshots, and is in itself very nice, but I had to uninstall it due to some spurious reboots I have experienced recently during or right after reboot of the tablet.
Fortunately, there are other ways of making screenshots. Apparently there is a Maemo tool called osso-screenshot-tool and it can be downloaded as an installable package, but the installation fails with a message that the component is already a part of the system.

If one unpacks the .deb for the tool, the executable can be extracted and it works, but it is a command line tool, and screenshots of xterm windows are not always that interesting, at least not in the long run.
I copied the program osso-screenshot-tool to /home/user for easy access. I haven’t bothered to get root so I cannot put it in a system directory.
Since the tablet runs Gnome it is quite easy to make a shell script to make a screenshot, like this:

which will take a screenshot after three seconds and place it in the standard “Images” folder so it can be found with the file manager and the image viewer.
The next thing is to make a menu entry to call the script, so we have a primitive user interface to it. For that we need a .desktop file which looks like this:

That file has to be copied to /var/lib/install/etc/others-menu/extra_applications/screenshot.desktop after which there will be a “Extra | Screenshot” menu entry in the normal menu.
When this is done activating the menu entry will wait three seconds and then leave a screenshot in the Images folder, tagged with date and time.
I have packaged all the files for download, with a setup.sh script to do all the copying of files. It is not installer ready so you do need an xterm to install it. Unzip the archive onto the memory card on another computer and then, on the Nokia 770, run the command /media/mmc/Screenshot/setup.sh and you’re ready to shoot.
Download the files here
Error messages
Here are screenshots of the errors I get when trying to install the osso-screenshot-tool. Click for full size images.
First error message: 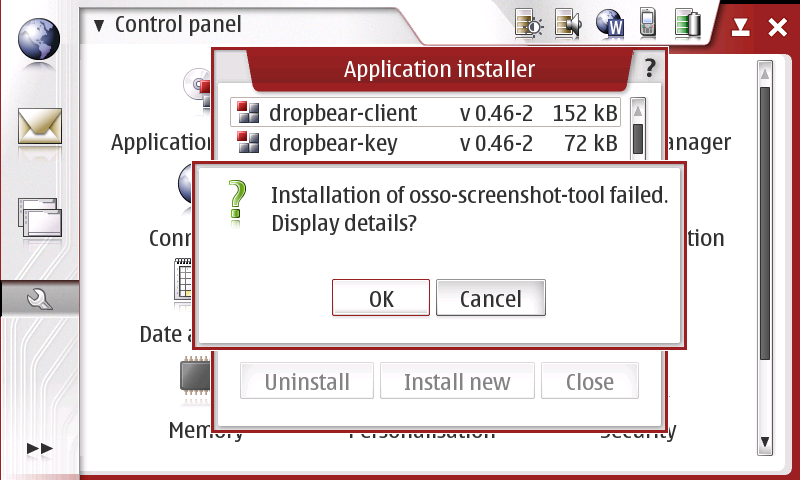 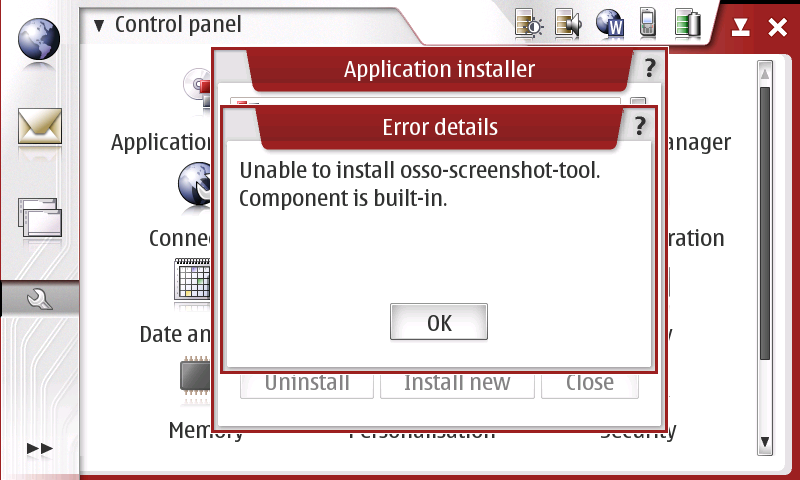 Installer ready package
I tried to make a deb to install via the Application Installer, but I get exactly the same messages as above.

One response to “Making screenshots of the Nokia 770”