Google Mail on the Nokia 770 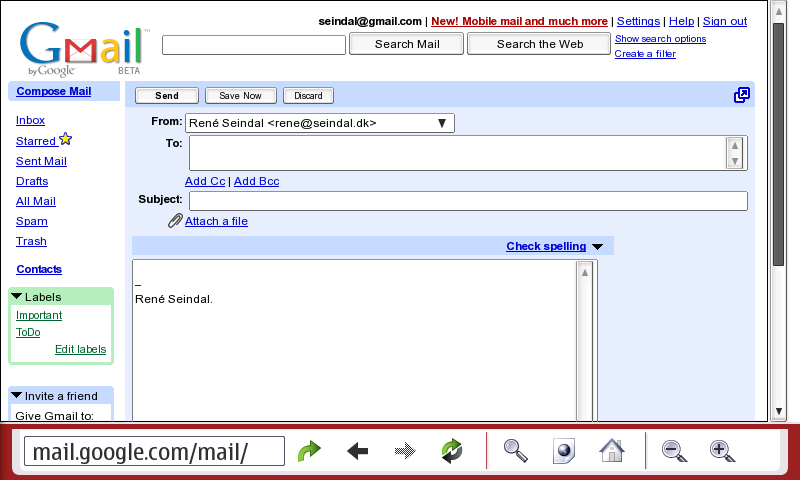 After having given up on the email client on the Nokia 770, at least for now, I have tried Gmail as several has recommended me.
I’ve used Gmail for some time since I can use it at work, and it does work very well with Opera on the tablet.
Until now the only thing that doesn’t work, as far as I can tell, is editing messages with rich text. The options simply aren’t there. This is, however, an issue with Opera rather than with the tablet per se.
One of the very nice things about using the Google Mail interface is that you can see msword attachments as plain text, something that would be a lot harder on the Nokia 770, given that it would have a hard time running the email application and an msword reader at the same time.