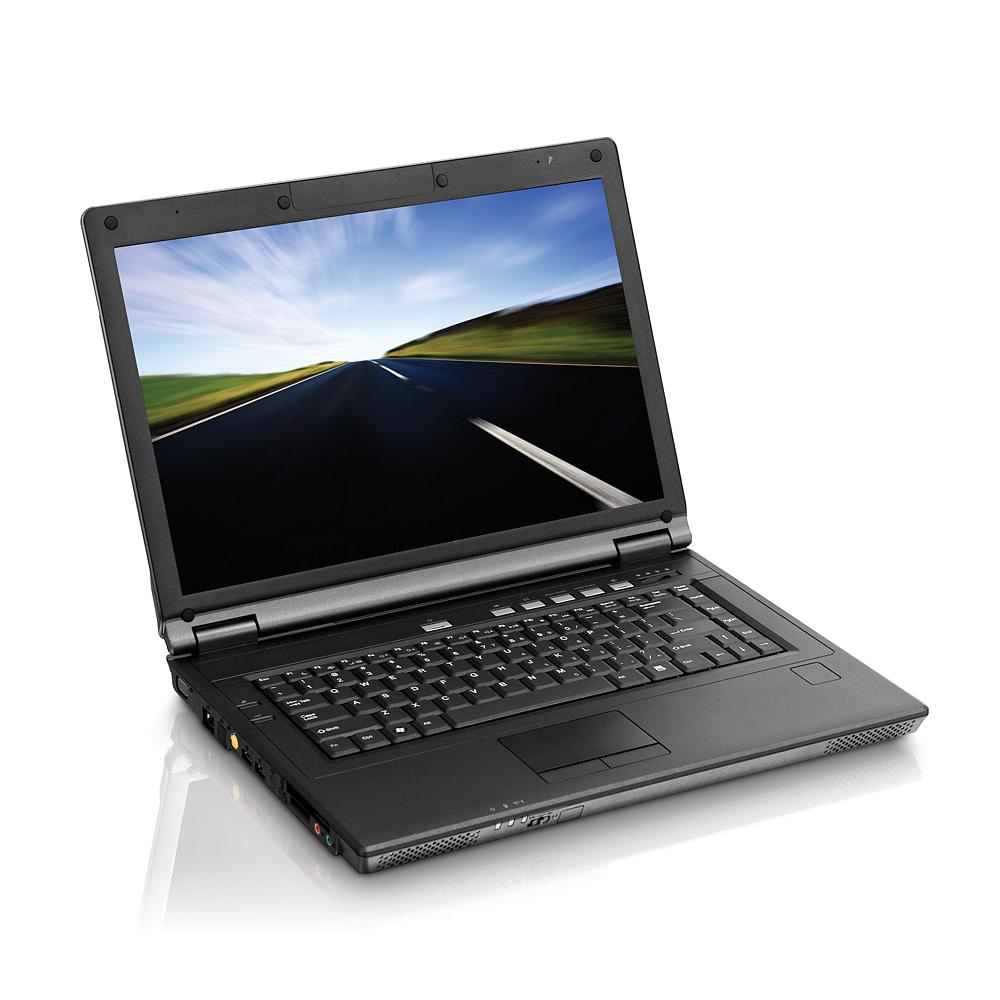 As my old Asus M2N laptop got older and older, and for some reason slower and slower, I decided to buy a new one. I ended up gettinng a Zepto Znote 3215W with a few customisations. There were several reason for this choice:

The specs of mine are:

The items marked with (*) are where I have asked for changes or additions to the default configuration.
It is a fairly large laptop, measuring 36×27×4cm and weighing 2.8kg which is OK for the kind of semi-stationary work I do currently.

Most parts of the laptop work immediately with little or no manual configuration on a Debian Testing install, but there are several parts that doesn’t. Most of these seem to have a solution on the way. Zepto states that the laptop is fully Ubunto 7.10 compatible, but not everything went that smooth with Debian.
An install of Debian Testing (lenny) with a Linux 2.6.23 kernel leaves these parts non-functional:

and these only partly functional:

and these require an extra effort to get fully functional:

The installation went reasonably smoothly. I first tried with a Debian Testing weekly built netinst cd image, but it failed to locate the Broadcom NIC, which is unfortunate in a net install. I then took a nightly built netinst image, and it booted and installed without a hitch.
There’s really not much more to say about that. It’s dead easy.

CPU – Intel Core2 Duo works out of the box with both cores available
Disk – the SATA disk works out of the box
Optical disk – works as expected but haven’t testing burning yet
Sound – work with minor issues – see later “Sound issues”
SD/MMC card reader – works after initialisation – see later “SD/MMC card reader”
USB – works out of the box with mice and usb-storage devices. There are special high powered usb ports for harddisks and the like, which don’t seem to make much of a difference to me. I got the same results from all USB ports, and one external 2.5″ harddisk always required a power adapter to work. There’s also a USB power button, but that doesn’t seem to do anything neither.
Wired network – the Broadcom BCM5906M NIC works with newer version of the tg3 driver (I use version 3.81.1 in kernel 2.6.22 and later)
Wireless network – works with the iwl4965 driver from recent stock Debian kernels (I use 2.6.23-1). The firmware for the card must be installed separately via the “firmware-iwlwifi” package. Visibility of the nic is subject to the wireless kill-switch on the front of the laptop.
Modem – there’s a modem socket on the left side, but I don’t think there’s a modem in the laptop.
Bluetooth – an Broadcom internal USB adapter, works out of the box. Visibility of the adapter is subject to the wireless kill-switch on the front of the laptop.
ACPI – only the basic stuff is available, like power button, lid, battery and AC adapter.
Video out – not yet tested
Firewire – works but doesn’t seem to provide any power, at least not enough for the 2,5″ harddisk enclosure I tried with. With a separate power adapter the disk came up as it should. The same harddisk works without external power on my Mac mini.
PC Card – this is not a Cardbus/PC Card/PCMCIA slot, but an PCI Express/54 slot. I have no cards to try it with.
Video – Intel GMA X3100 works – see later “X Windows”
Touchpad – works partially – see later “X Windows”
Extra keys – works with initialisation – see later “Hotkeys”
Suspend – uswsusp works – s2disk without any problems, and s2ram with the –force flag. You need to belong to the “powerdev” group to get full Gnome Power Manager functionality.

Here are some links in case somebody want to research it a bit:

Basic X.org configuration was a breeze. I didn’t have to do anything at all, except answer “I don’t care” about what display resolution to exclude from the configuration.
The X.org server uses the “intel” driver for the Intel GMA X3100 graphics chip set.
DRI works but needs some addition drivers from the “libgl1-mesa-dri” package along with a handful of other Mesa packages. Nothing special there, but you have to remember it. They’re loaded automatically once they’re installed on the system.
The touchpad it is an Elantech touchpad and it is not recognised correctly by the kernel. It comes up as a “ImPS2 Logitech Wheel mouse”, not as a proper touchpad. The funny thing is, however, that the touchpad still works to some degree. It reacts to movement and taps, there is a scroll wheel area on the right side of it, and a two finger tab becomes a middle click. A three-finger tap becomes a right click but it is very hard to reproduce reliably. It might be some PS2 emulation in the BIOS that does this, but there’s nothing in the BIOS interface at boot time about it. There seems to be a driver for the touchpad in the working, but it’s currently only semi-functional. I haven’t delved deeper into this, as it does work.
Compiz as present in Debian Testing doesn’t work on the laptop. Apparently the chip set is blacklisted due to some incompatibility between Xv and Compiz. That can be overruled by setting the “SKIP_CHECKS=yes” environment variable, but that just causes Compiz to hang just after having started the window decoration helper.
Compiz Fusion 0.6.99 from a third party repository does work, however. Since Compiz is about to be superseded by Compiz Fusion anyway, usable versions of Compiz Fusion should appear in Debian at some point in the future.
The incompatibility between Xv and Compiz is still there, but the laptop is fast enough to play a movie full screen through the X11 driver. The CPU load is about 20% for full screen playing.
I have noticed that when I switch from X Windows to a text console, the correct graphics mode for the text console is not always restored correctly. It is not always, only when it is inconvenient. I can log in and type away blindfolded, so I am back in a console, but I cannot see anything on the display.

The keyboard has some special keys, of which most work out of the box. A couple doesn’t seem to do anything, marked “Wow Audio” and “Wow Video”. They do send some key codes, but nothing comes through to the X server.
There’s an explanation of the concepts of keycodes and keysyms here in an older post.
Three keys don’t send any scan codes at the kernel level, so pressing them is invisible to X windows. That situation can be remedied by adding these lines to /etc/rc.local so they’re run automatically at boot time:

After this the key presses will be registered by X Windows, but the X Windows server still need to be made aware of the keys. The following commands should be placed in a .Xmodmap-zepto file in you home directory. Gnome will then spot this file at next login and offer to load it automatically:

The Linux kernel keycodes and keysyms don’t match the X Windows keycodes and keysyms. They’re different systems with different ideas, but it works for me with the above numbers 🙂
Now all keys are registered and known to both the kernel and X Windows, so just open op the menu “System | Preferences | Keyboard Shortcuts” and map the keys to events in there. Most should work out of the box.
I use the “Wow Video” key to show the desktop and “Wow Audio” to open the Deskbar Applet.

On my laptop the Firewire and memory card reader are identified as:

This process can be automated through a modprobe configuration file which should be saved to the /etc/modprobe.d/ directory. Afterwards the above commands will be run each time the sdhci driver is loaded, and memory cards are detected and mounted automatically.

The last three lines would be missing without the “setpci” commands.

Updates on these problems will be made to separate posts in the Zepto Znote 3215W category and linked from the above list when a solution is found.