It can be a bit difficult shooting pictures when you’re sitting in your kayak, especially if there’s a bit of action around you, and it can be impractical having the camera dangling around your wrist when paddling or manoeuvring.

Fortunately, there are other ways to attach a camera on a kayak.

I have found some cheap suction cup camera mounts at actioncameras.co.uk and it works quite well. It can handle a weight of up to 3 kg, so the 155 g of my camera is no problem.

At times it can be difficult to get the suction cup to stick to the kayak. Most of the surface of the kayak is curved, and plastic kayaks often have a slightly rough surface which gives the suction cup a weaker grip, but once it is correct attached it can take quite a deal.

I have used mine in both wind and waves and it almost always stays put. Actually, it seems to stick better if it gets a bit of water every once in a while, but unfortunately the waves have a tendency to leave droplets on the lens.

Needless to say, always attach both camera and mount with strings or wires to the kayak. They can break lose and they can also come apart. I have seen both.

Finally, an example of the kind of pictures you can get by using an automatic shooting mode and a suction cup camera mount on the kayak: 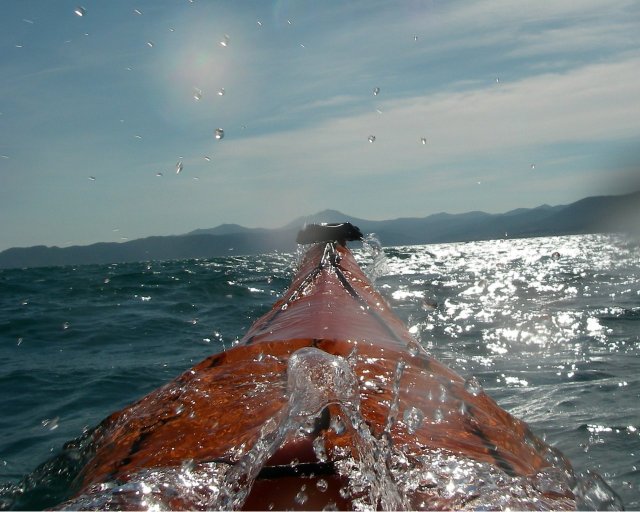