Rowing a gondola at high tide requires some special skills. The higher water makes for lower bridges, and a gondola is not a low profile boat that’ll just go under anyway. The gondoliere have to do all sorts of weird manoeuvres to get the boat under the lowest of the bridges.

The simplest way of lowering the height of the gondola is for the gondoliere to crouch on the back deck, while he keeps the oar straight backwards, propelling the boat with a sculling movement. The forcola, or oarlock, has a bend exactly to allow the operation where the oar is almost parallel to the boat. 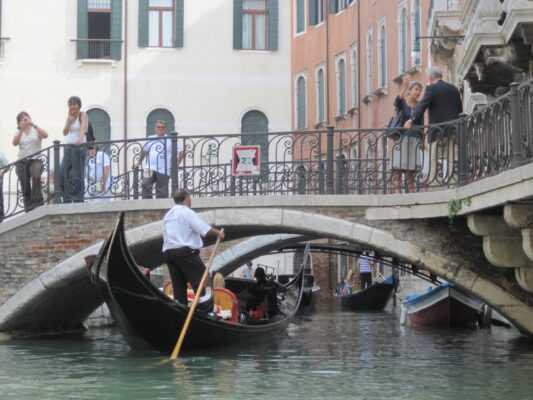 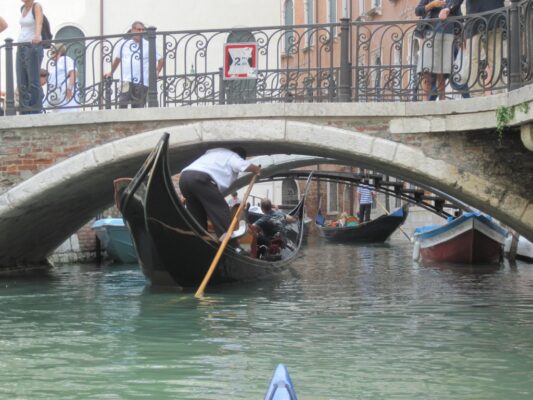 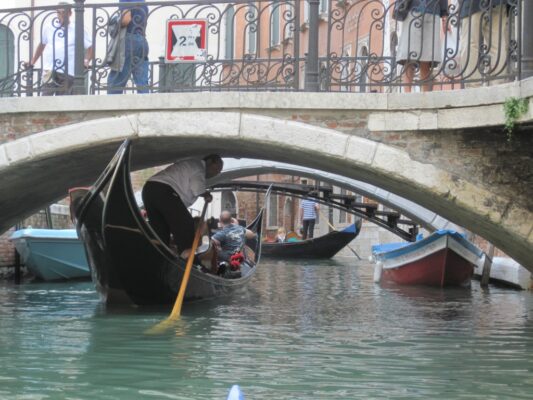 Another example of the crouching gondoliere, same place near Santa Maria Formosa: 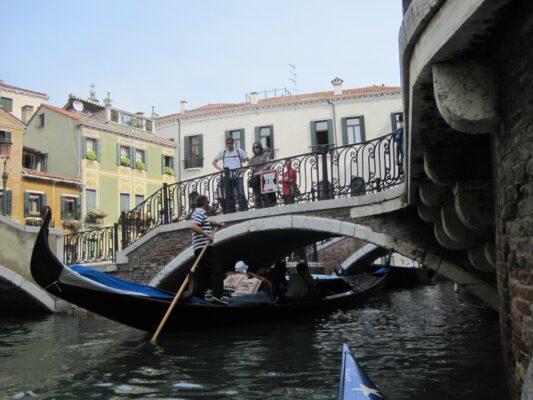 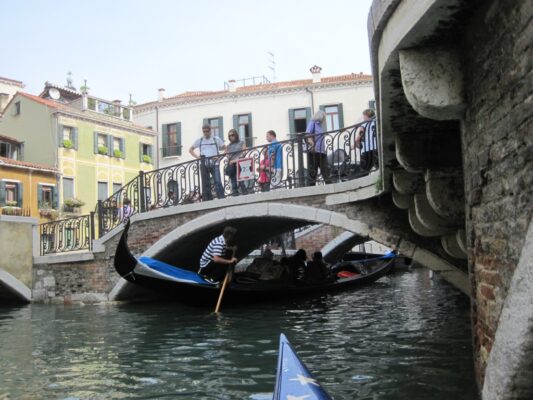 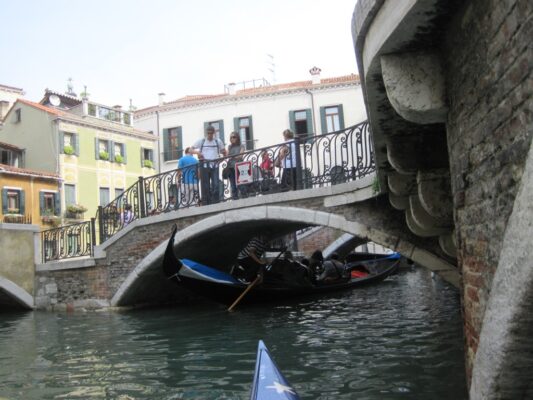 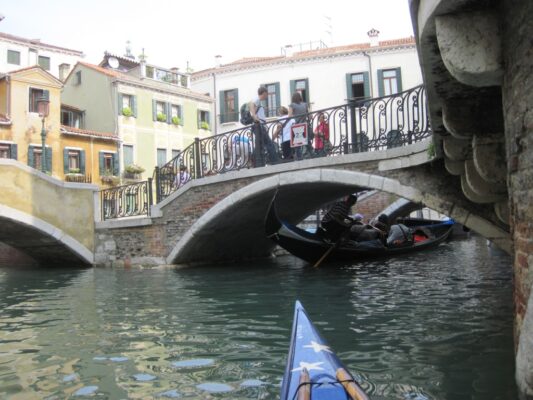 If the bridge is very low, the gondoliere might have to edge to boat to lower the stern ferro, which is the highest point of a gondola. He will do so by stepping over to the right side of the boat, in front of the forcola. From that position he will scull the boat forwards. On many gondolas the stern ferro is on hinges, so it can be flipped down. If the bridge is too low for even the bow ferro the pass, he will have to edge the boat even more, by telling the passengers to all sit on the right side of the boat. 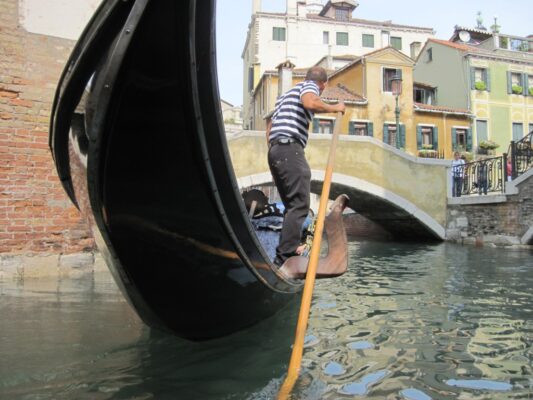 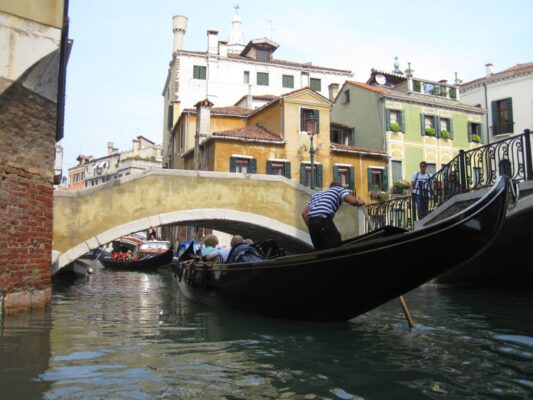 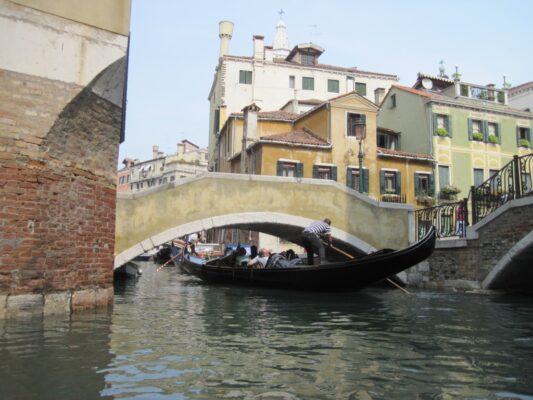 At times the gondoliere will have to pass a bridge where there’s just only enough space to squeeze through, and to make sure that he will not get stuck, with ferri scraping the underside of the bridge, he will lie down on the back deck of the gondola, and push it along with his hands until the stern ferro is well through the passage. 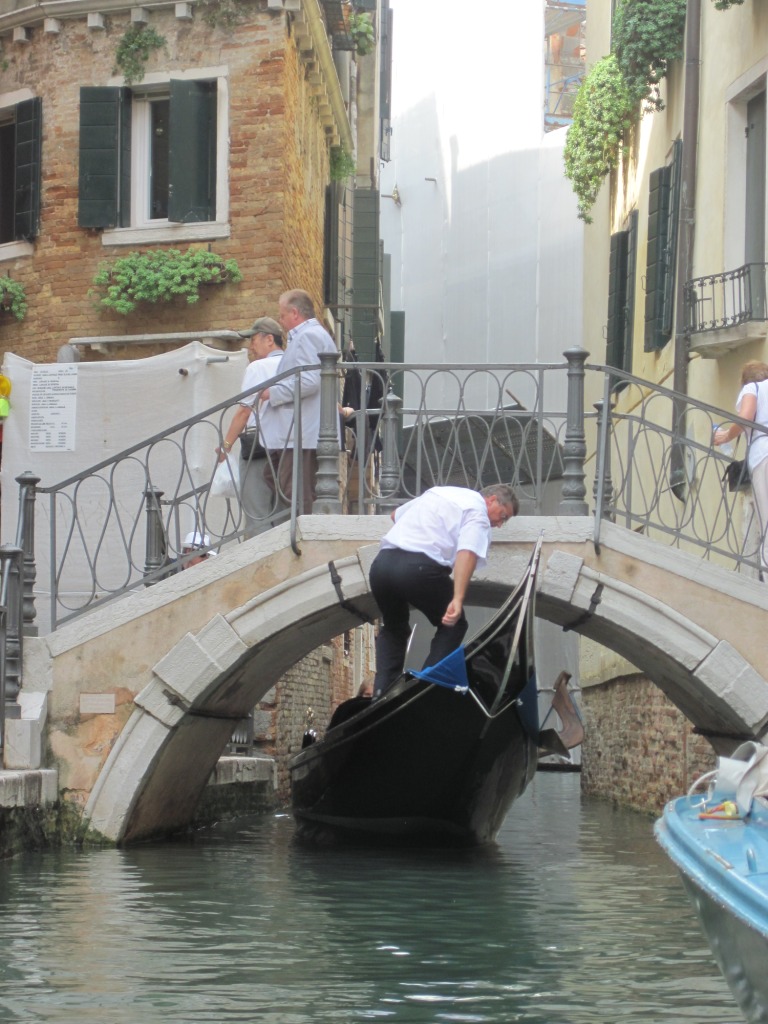 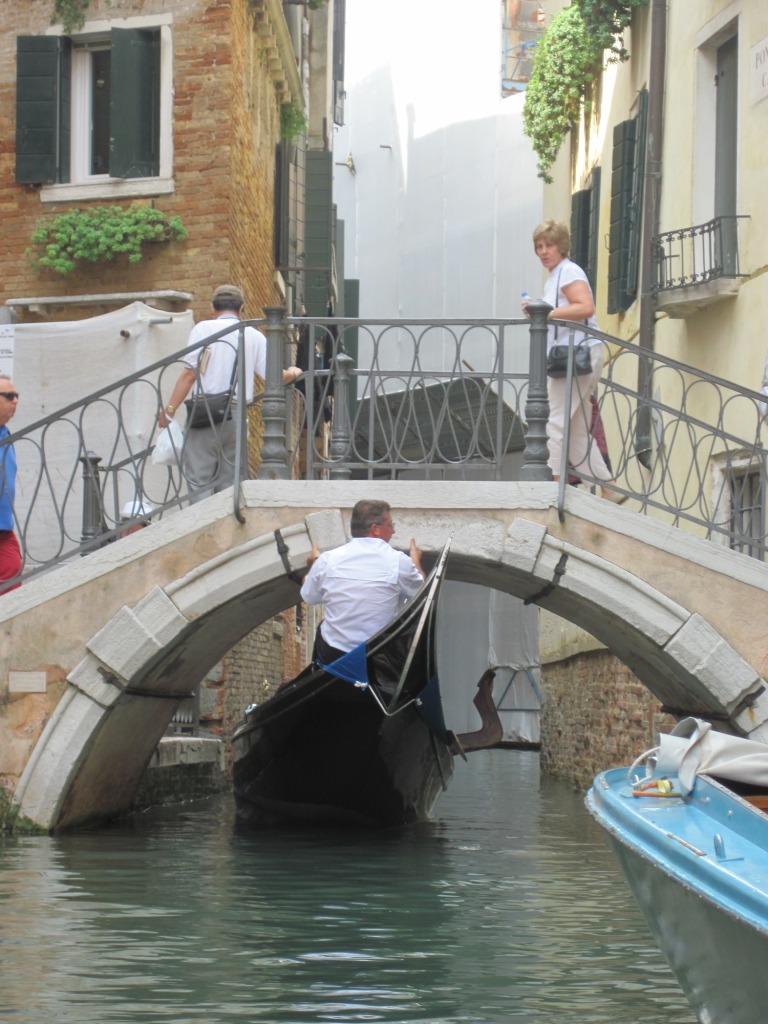 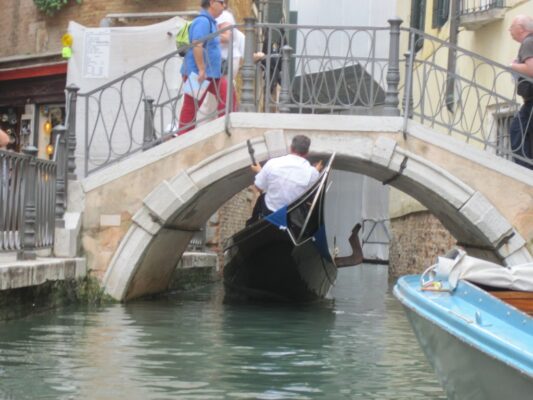 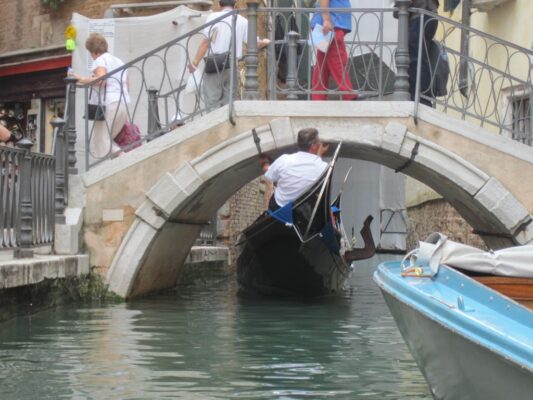 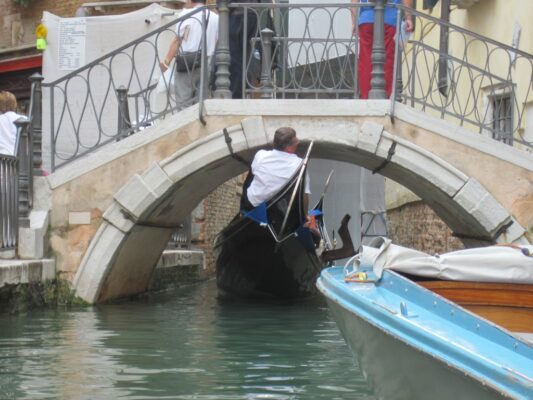 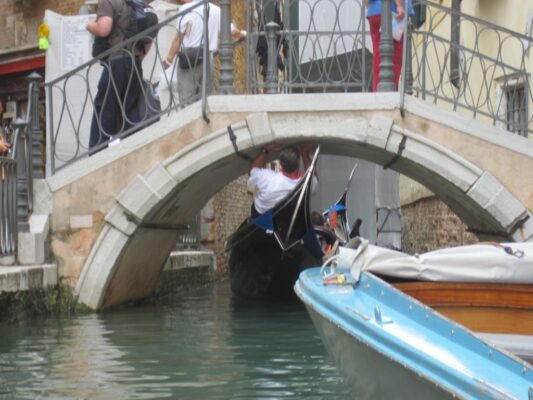 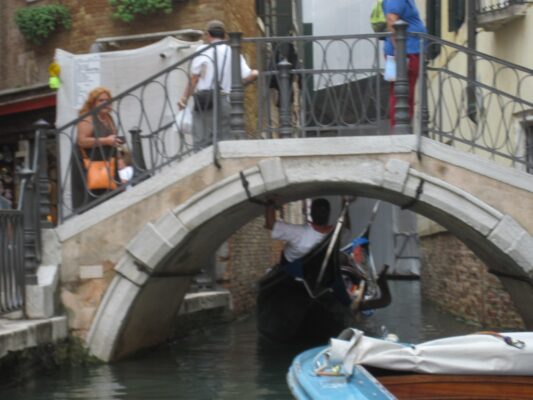 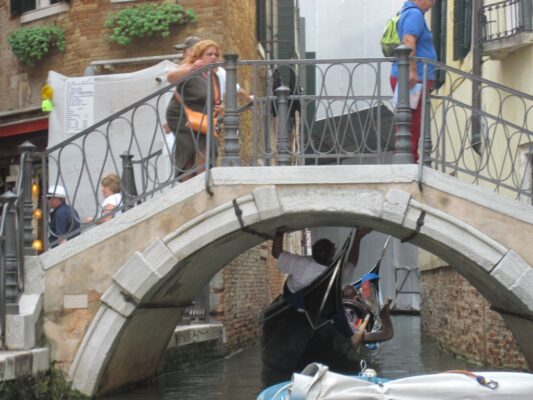 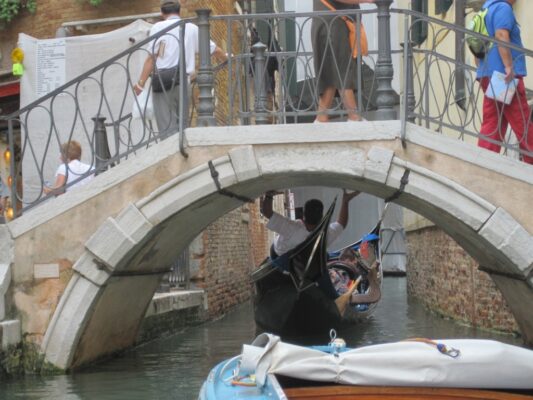 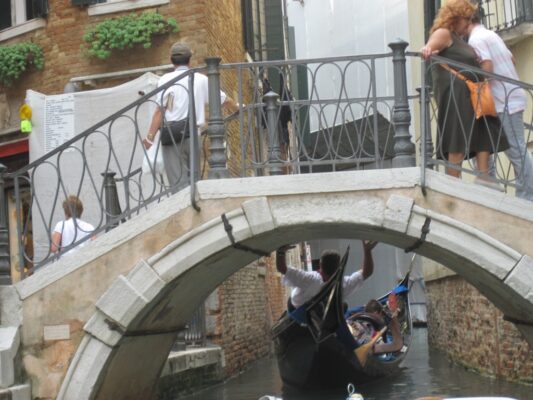 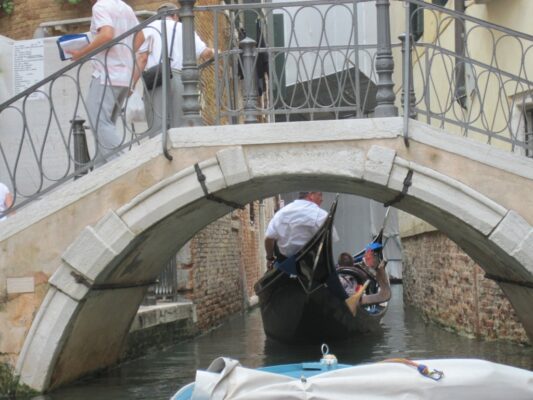 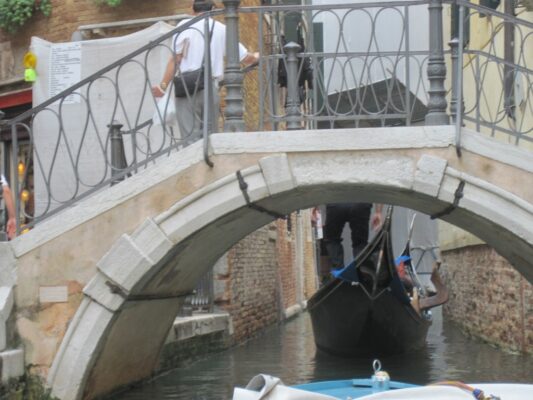 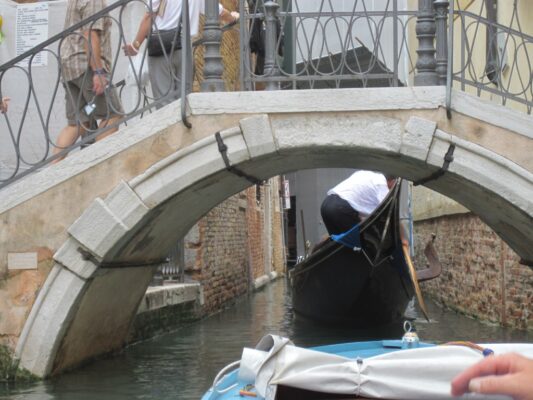 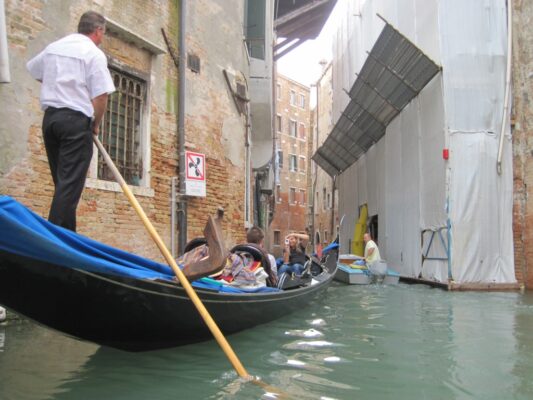 And another case from Rio della Maddalena, Cannaregio: 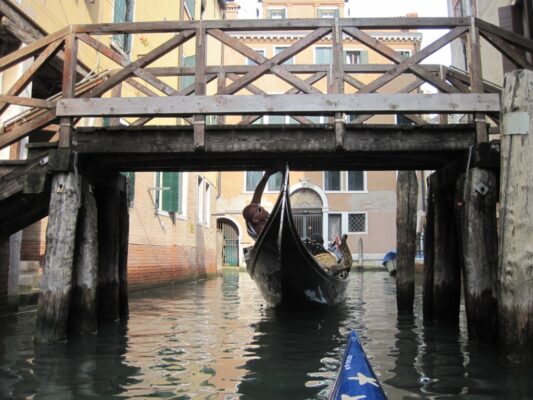 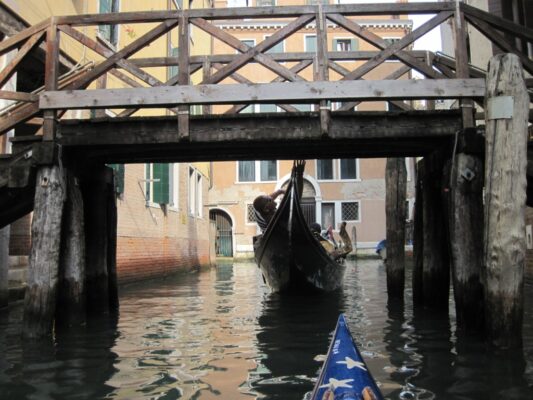 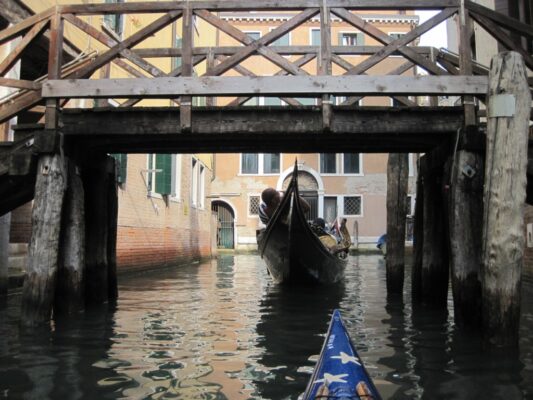 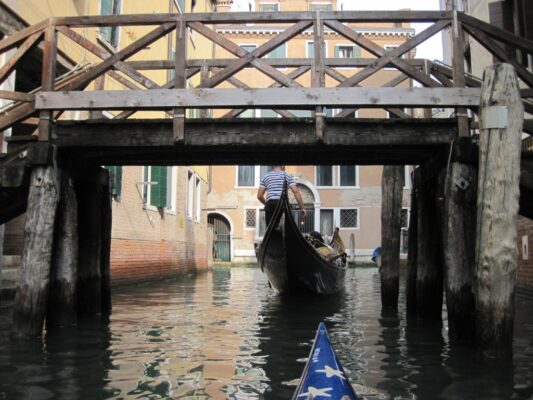