Whenever people put a shovel in the ground in Rome they’ll hit something ancient. It is not restricted to the centre of the city. Here in the surroundings of Grottaferrata, some 25 km outside Rome, the same thing happens too. Shortly before I arrived, a stretch of ancient Roman road was unearthed just a few hundred meters from where my friends live. 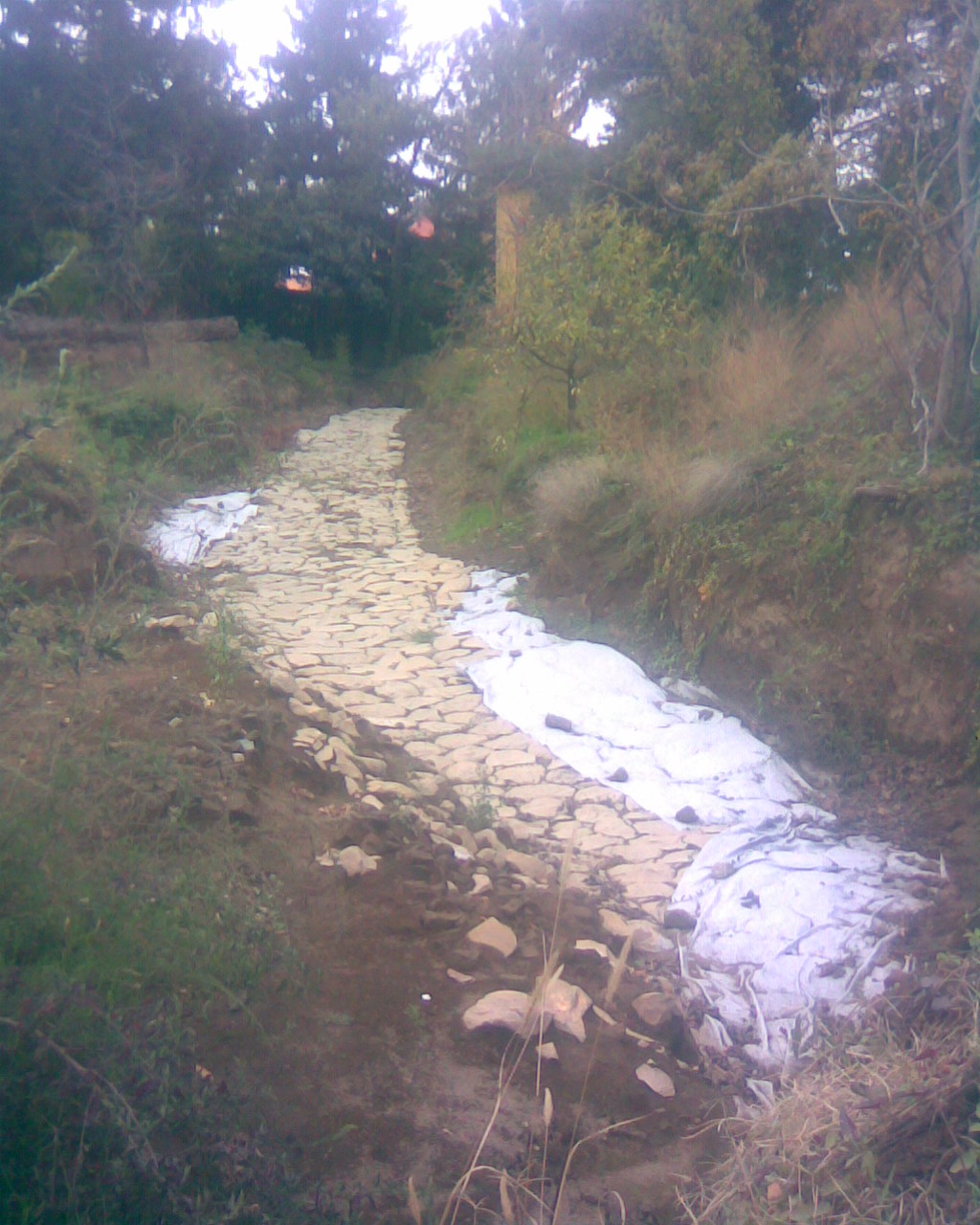 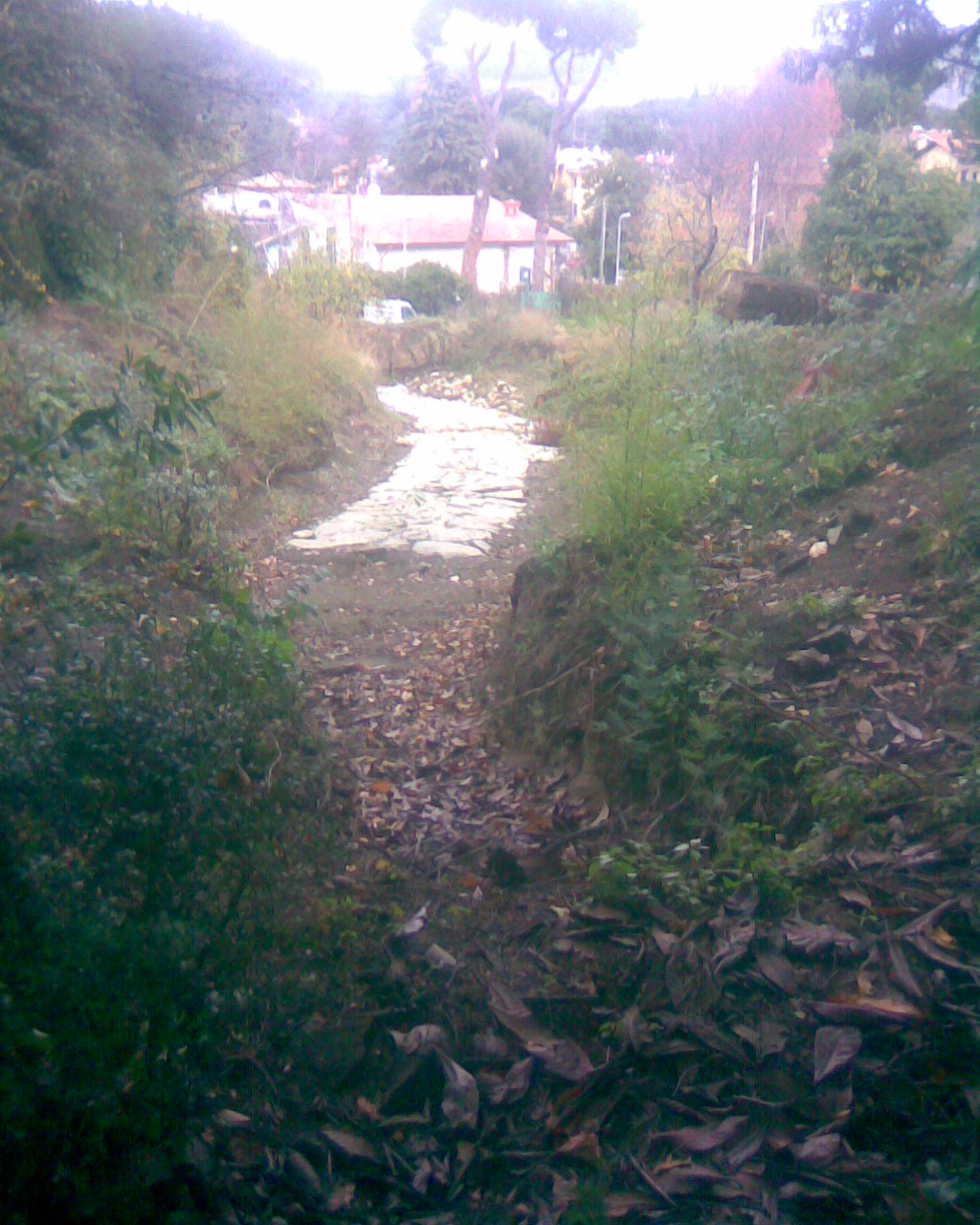 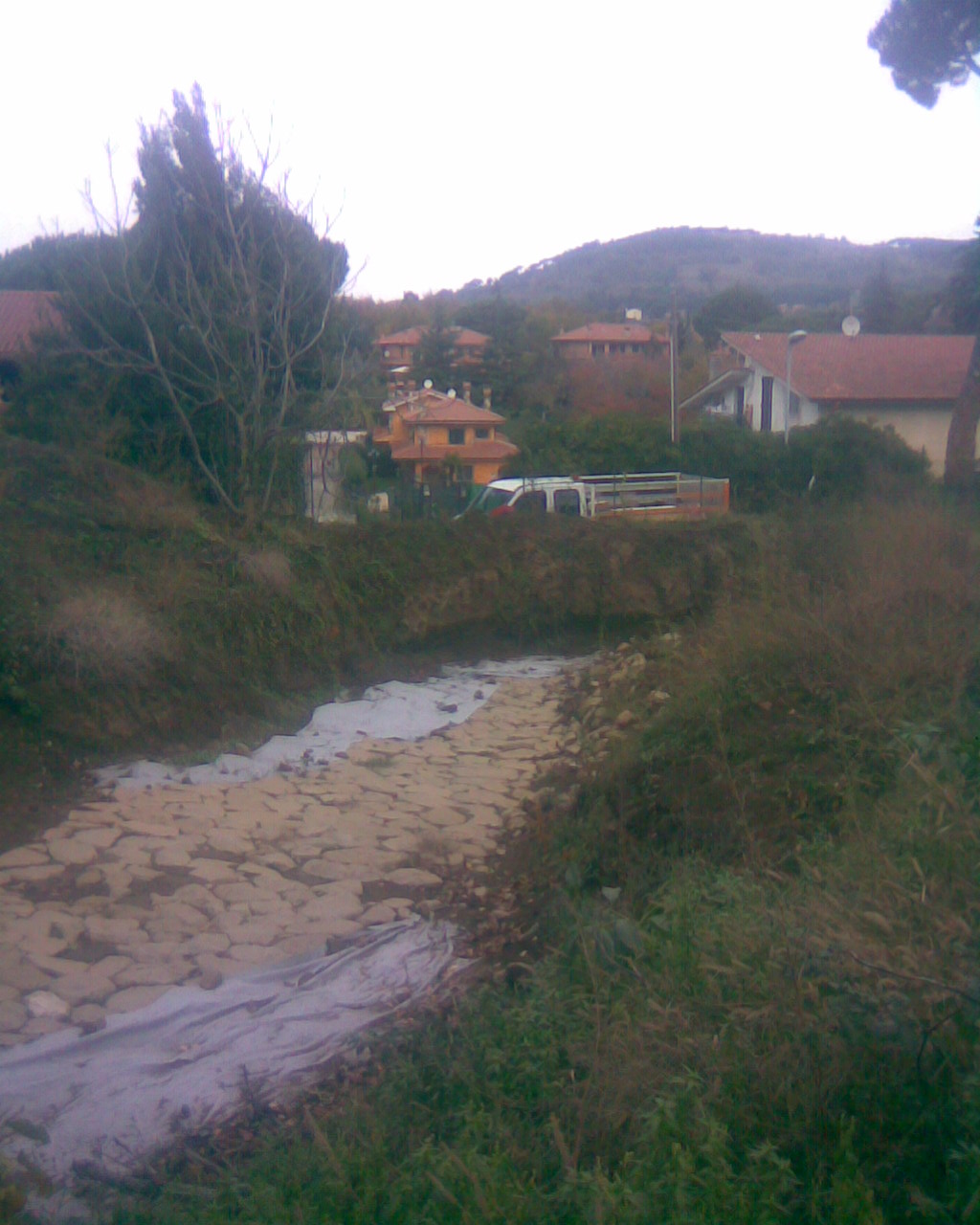 It is probably not an important find in itself, but it will still have to be examined, measured and mapped as it will be yet another little piece of the puzzle of reconstructing the ancient road network in the area.

To my untrained eye it doesn’t seem to be a stretch of a longer continuous paved road. An exploratory ditch has been made uphill with nothing in it, while the road seems to continue downhill where the paving probably continues under the modern road and the villas across that. As such, my guess is that this is a paved stretch of an old dirt road (most ancient roads were dirt roads) where it was prone to flooding. There are still several currents in the area which floods even the modern roads at times, and that problem must have been worse back then. By paving the stretches of the road most at risk of flooding the road would be usable for larger parts of the year.

For the present day owners of the land the road was found in, the find is probably a major pain the butt. Now their building project will be stalled indeterminately, waiting for the archaeologists to finish, which might take ages. After all, everything here in Italy might take ages.

Seeing that the Roman road continues straight under the current road and probably under the villas on the other side of the road, it is amazing it hasn’t been found before, but the explanation might be found in the previous paragraph :-/

Photos were taken with my mobile phone which has a lousy camera.

One reply on “Dig and you will find”