Today I’ve had my baptism at Voga alla Veneta. I went with Enzo, who has a small garden near the Camping San NicolÃ² where I stay, to the Circolo Canottieri Diadoro to try to row a bit with him. I had about half an hour on the water with Enzo, before his next appointment showed up.

The boat was a Mascareta, which is a fairly small boat made for two oarsmen. Here are a few pictures of Enzo getting the boat ready, fitting the forcole and finding the right oars. 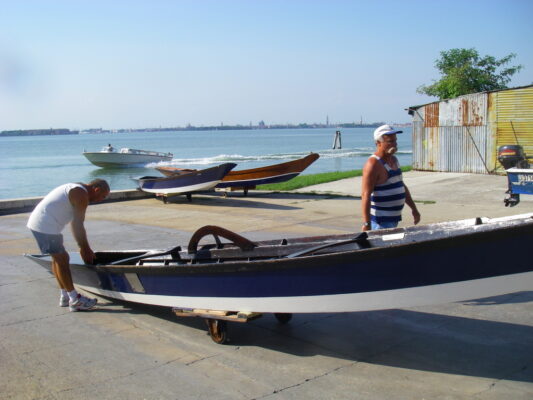 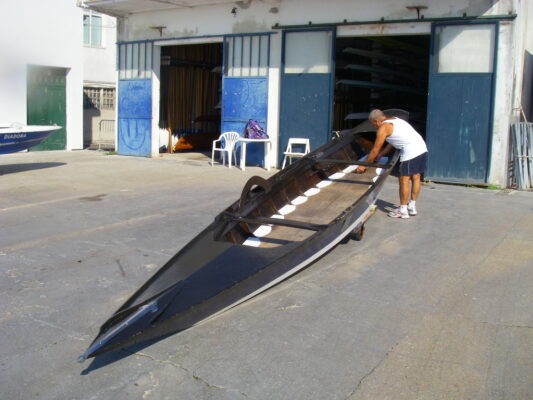 Voga alla Veneta is like kayaking a full body exercise. You have to stand in the right way in the boat, feet in the correct position, oar turned the right way relative to the water, and then push with your arms while moving your upper body forwards a bit and shifting your balance from the back foot to the front foot. At the same time, during the push, you have to turn your wrists in the right way at the right time, so you extricate the blade from the water, allowing you to the return body and blade to the starting position, without having the oar drop from the forcola.

Dropping the oar from the forcola is a common problem for beginners, and I had my problems too, though not as bad as I had feared. The forcola only supports the oar fully in the push phase, and in the return phase you have to be very careful not to have it fall out.

Both forcole can be seen on this photo, when Angela was getting into the boat after me. 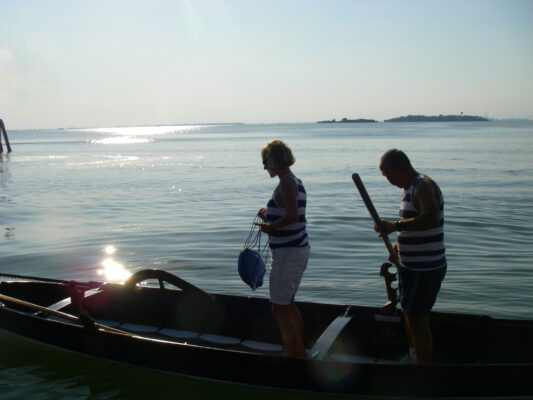 In a Mascareta the more skilled rower is always in the back, steering and controlling. The front rower only has to keep a constant, regular forward stroke, while the back rower does all the interesting stuff. This is also the explation of the difference between the two forcole. The right forcola has more points of support because it is used for much more, while the left forcola is only for forward strokes and breaking.

Standing up in the boat was very awkward in the beginning, but as I started to concentrate on getting my forward stroke right and not dropping the oar, it became a secondary issue, and it wasn’t really difficult. The important thing is not to move your feet unnessarily. As long as both rowers keep their feet in the same position, there will be no sudden shifts of balance.

Unfortunately, I have no photos of myself in the boat – or maybe I should say fortunately 🙂 – but here are a few pictures I took of Angela and Enzo as they set out for their afternoon vogata. 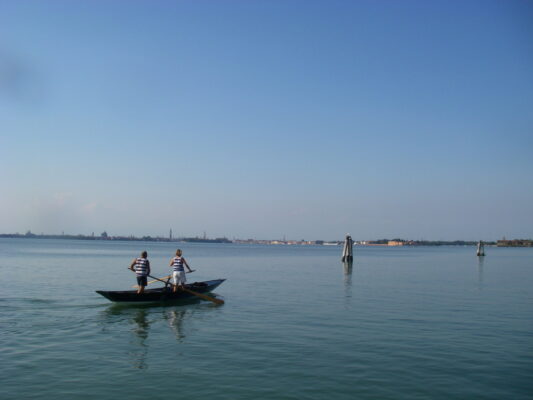 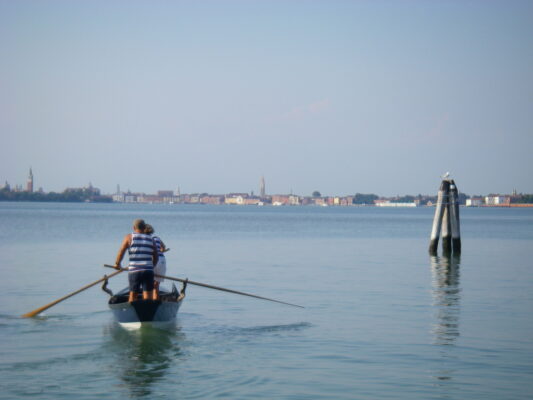 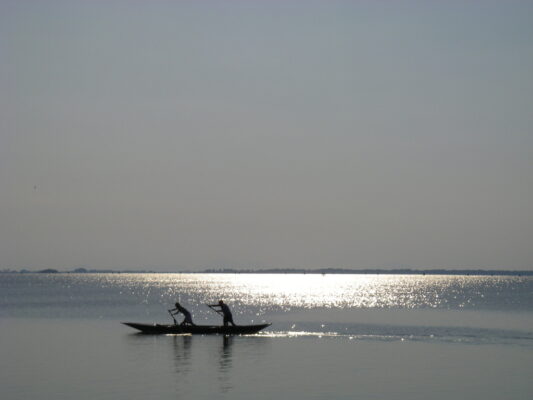 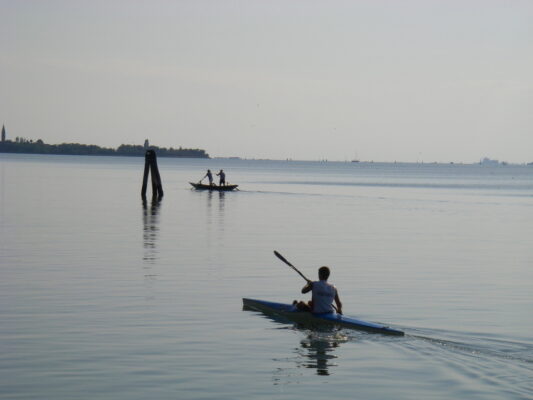 One response to “Voga alla Veneta”