I have a quite decent camera in my mobile phone, and often take photos where I go, but I also often forget to download them to the computer. I did that today, and here’s a selection of point-and-shoot photos from we left Denmark in early April until now here in Venice.

The phots are in chronological order, from April 2nd until May 14th. 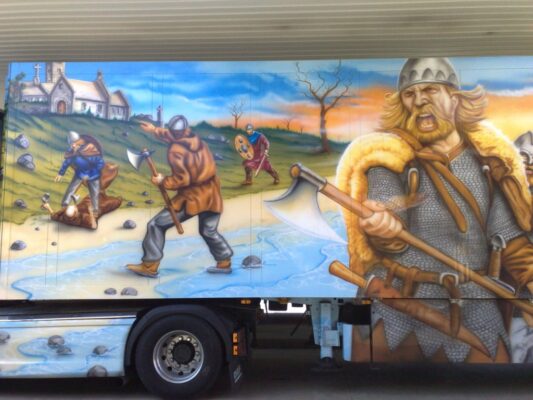 We met this rather violent viking lorry somewhere in Germany – every surface was covered with painting of savage vikings murdering and pillaging. Notice the monk being attacked on the beach. 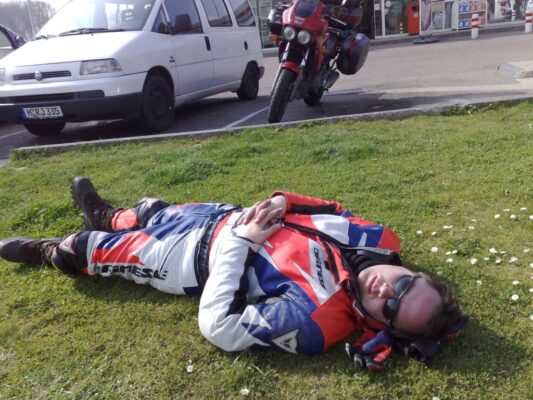 Its a bit tiring driving long hours, so I had a nap on a lawn somewhere in France. 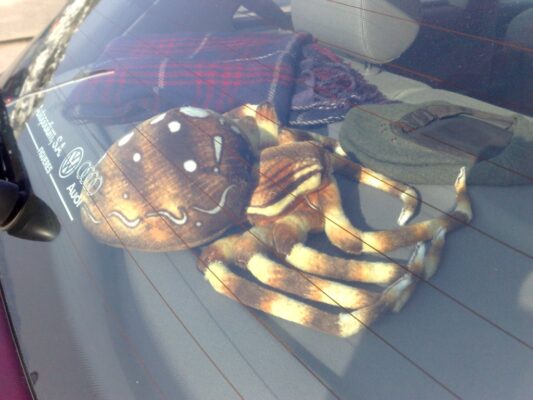 Fancy a nap with your head on this pillow? We spotted it in a parked car in Port de la Selva in Spain. 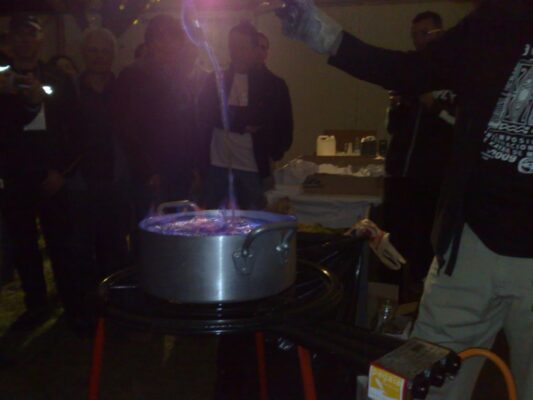 At the symposium dinner they prepared a special Catalan drink which had to burn for a while before being drunk. 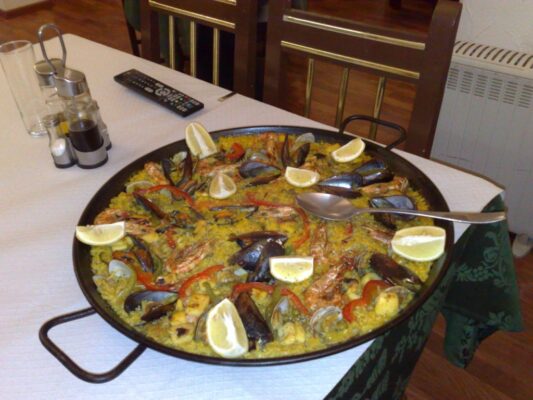 Paella is good – we shared this wiith a bunch of Sicilian friends, Nigel Dennis and one of his coaches. 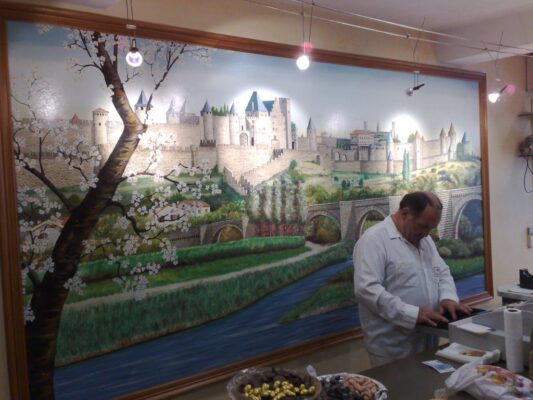 This is a patisserie in Carcassonne, in the city below the walls. 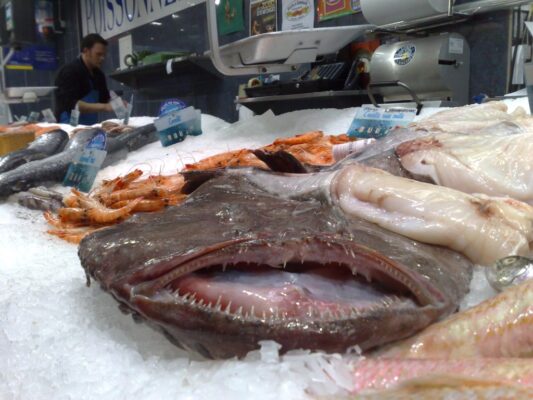 This fellow we met at the markets in NÃ®mes. I smiled back and walked on 🙂 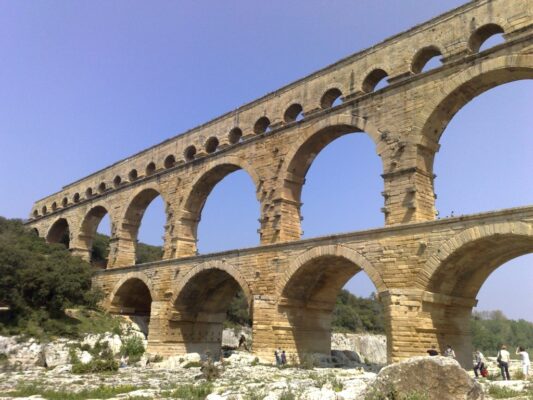 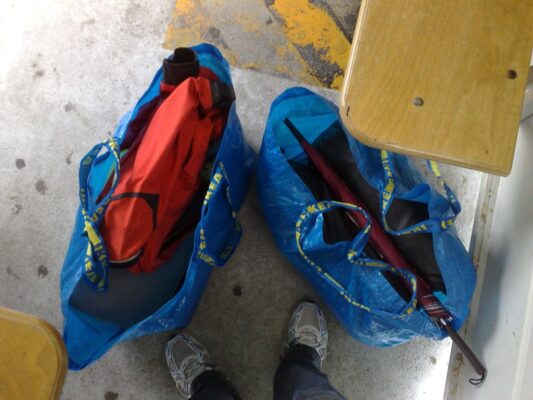 In Venice I found a place to stay in the city, and here is all my stuff in two Ikea bags as I wait for the vaporetto at Piazzale Rome. 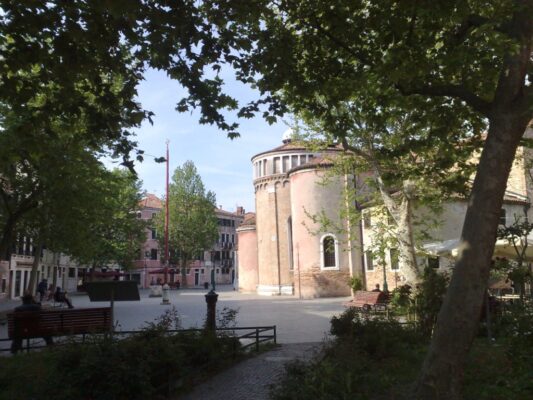 The apartment is close to Campo S. Giacomo dell’Orio, which is a very cozy place. 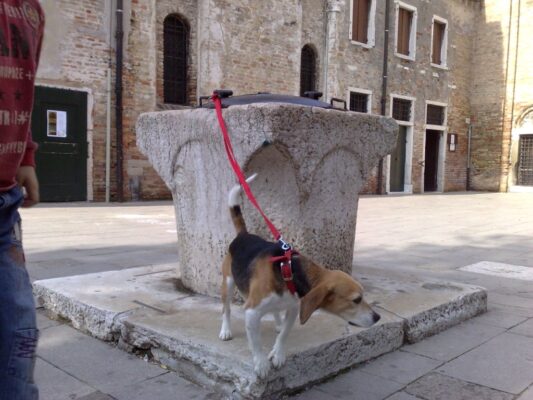 There’s a small supermarket at S. Giacomo dell’Orio, and one day I found this fellow tied to the old well outside the shop. 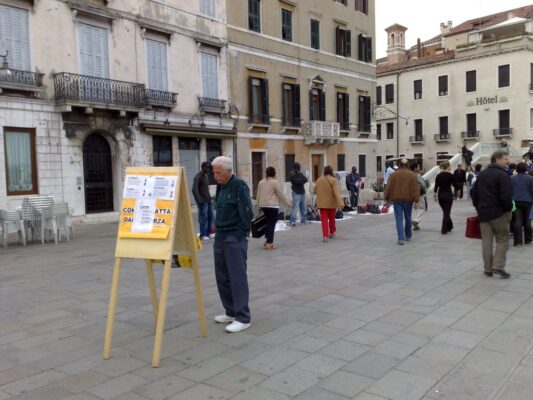 There’s a small war going on Riva degli Schiavoni. The area is full of tourists, and therefore also of illegal immigrants selling counterfeit goods, like designer bags and belts. The local shop keepers have put out signs warning people not to buy the counterfeit products, and complain loudly that the police don’t do anything. The other day there were some policemen on the bridges, and the immigrants had moved somewhere else. 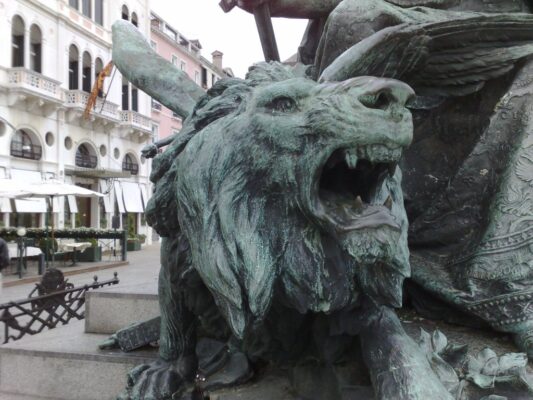 This is an Italian monument, but still with a fiece lion of St. Mark’s. 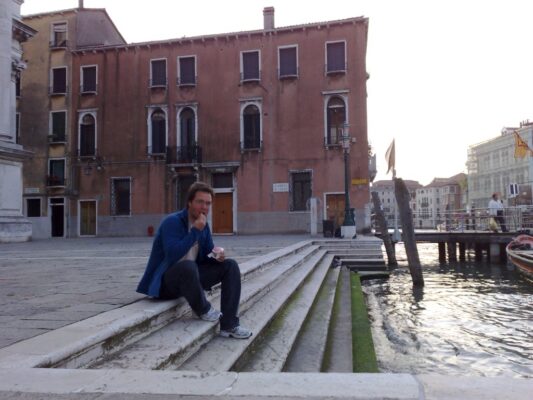 I know this guy who’s having and ice cream on the steps at Campo S. Stae. There’s a very nice gelateria in the Salizada S. Stae about 100m behind the church. 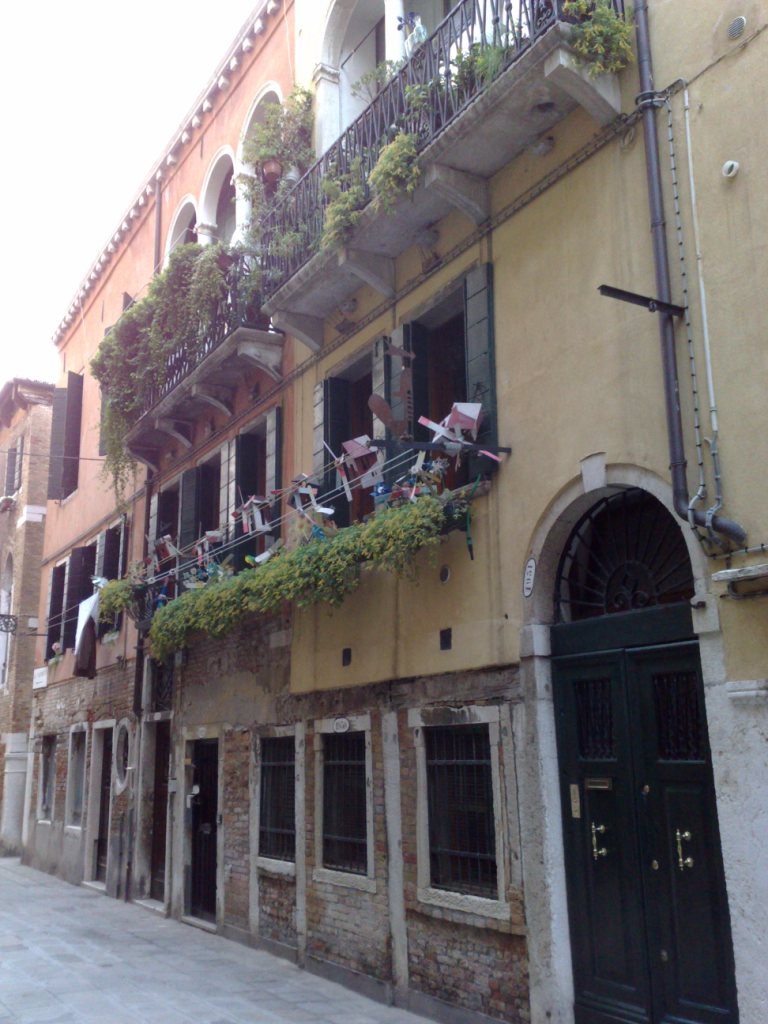 In the Salizada S. Stae there’s a house with model wind mills on all of the first floor. I have no idea why. 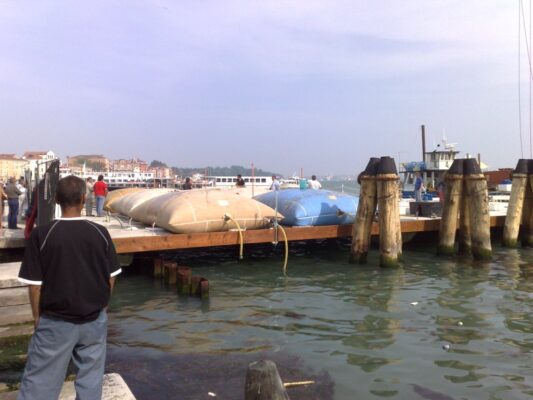 One day on the vaporetto stop returning from the Lido to Riva degli Schiavoni they had these huge water bags lying on a platform. It wasn’t clear why, but it might be a stress test of a new vaporetto platform. 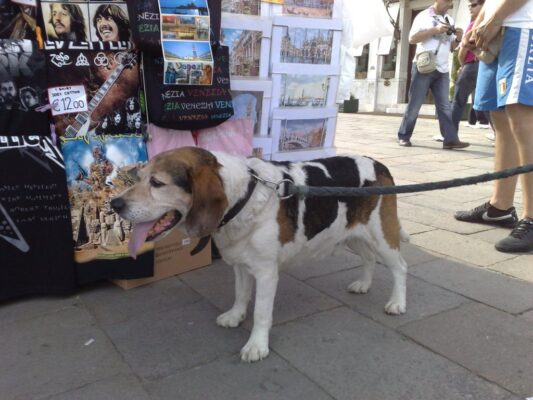 I saw this beagle at St. Mark’s. He’s French, thirteen years old and in fine health. 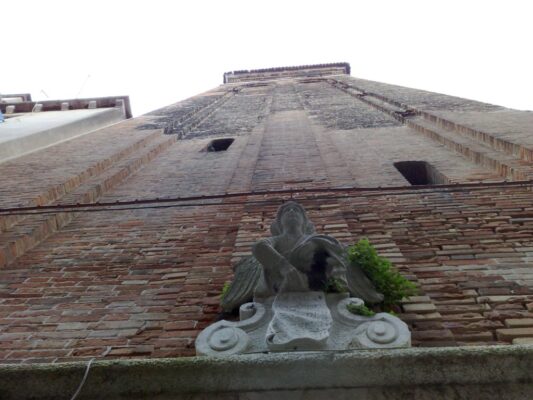 Walking down the Salizada S. Stae you hardly notice the campanile towering over your head.