In July this year, I saw this gondola stopping to let clients disembark at Campo San Barbaba in the Dorsoduro sestiere, and it immediately caught my eye as different. 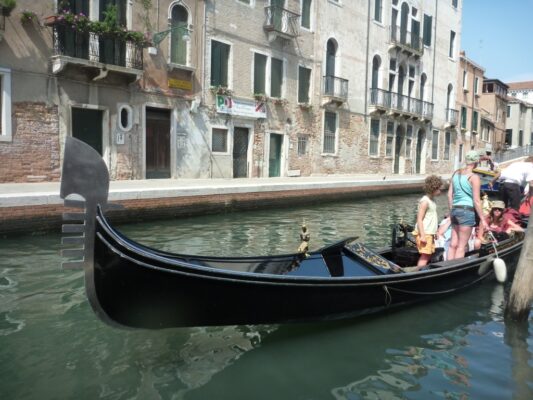 and in particular the little figure often placed there. 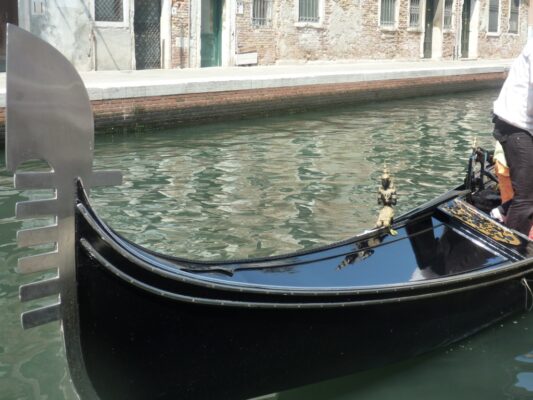 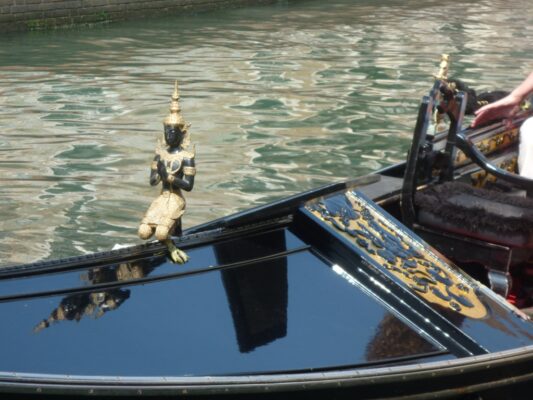 I had a chat with the gondoliere, and when I asked why he had a Buddha and not an angle like most others, he just replied that “that was his religion”.

Here’s another photo of the figure taken the gondola station at Santa Maria Gloriosa dei Frari. 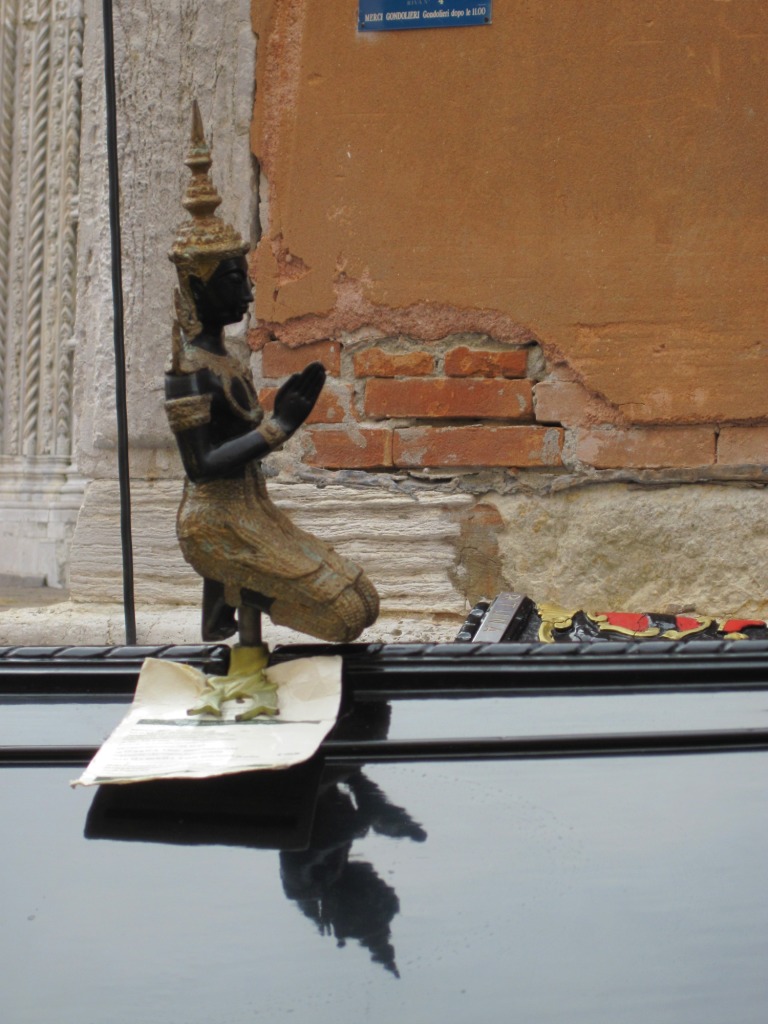 I have talked to a few other gondolieri about it, and they have told me that there is another Buddhist gondoliere around, who has a Ganesh (the Elephant god) on the foredeck, but that he’s working off San Marco where it is harder to spot little details like that on the boats. In any case, I’ve never noticed that boat around.