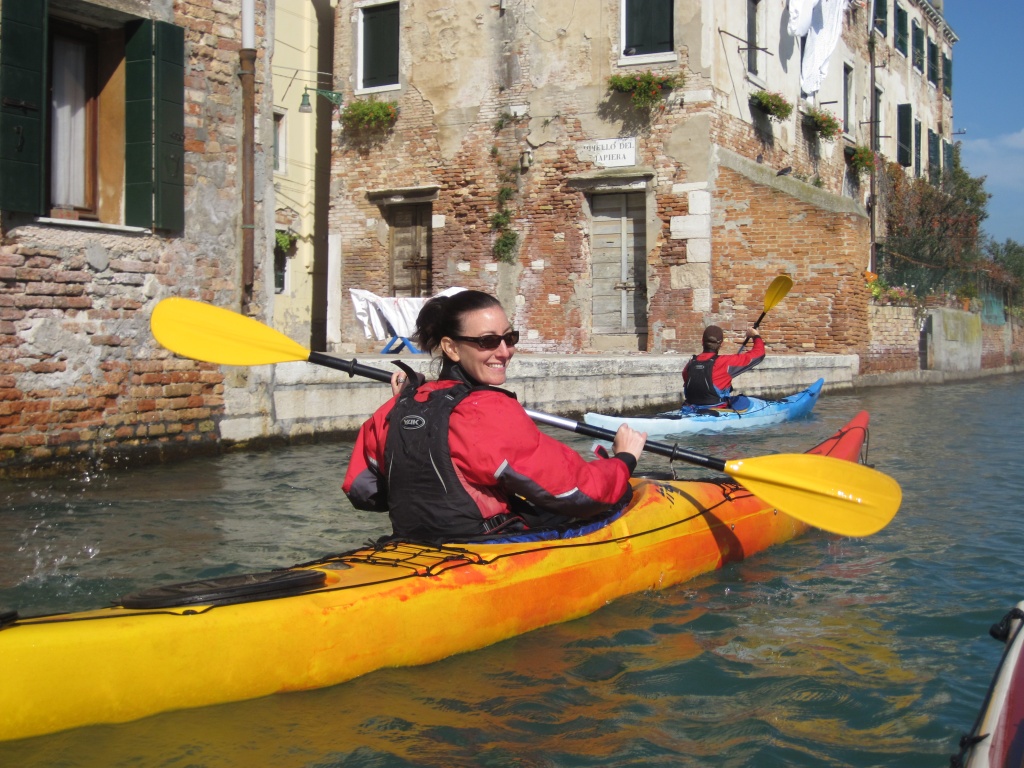 The City of Venice has introduced a ban on kayaks and other small boats in practically all the city canals. The change of rules were announced less than 24 hours before they bacame operative, so we have had very little time to adjust.

According to the new rules, we are no longer allowed on the Grand Canal and a handful of other canals where we rarely go.  The few canals where there were some time limits earlier, have had those limits tightened, and further time limits have been introduced in all the remaining canals.

We are no longer allowed anywhere in the city of Venice, or on Murano, Burano, the Giudecca or the Lido before 3pm (1pm on Saturdays), and we can only paddle in four distinct ‘reservations’ after 3pm.

Naturally, taxis and other high powered motorboats are free to roam the city day and night.

This is a very severe restriction on our movement, and it leaves us very little room to still offer tours in the city.

What we can do with the new rules

We can still do all the tours offered in the lagoon.

In the city of Venice we can still do the afternoon tours (with meeting time on the Certosa at 2.15pm or 2.45pm), but with a limited itinerary as we’re restricted to just one of the four ‘reservations’ in which kayaking is allowed after 3pm.

We should be able to do morning tours in Venice on Sundays and national Italian holidays.

We should also be able to do the mixed lagoon and Venice on weekends and national Italian holidays.

What we cannot do with the new rules

We cannot do any of the old tours that entered the city canals before 3pm.

These include the morning tours (except maybe on Sundays), midday tours, full day tours and history tours.

We cannot do evening tours any more, at least not as we’ve done in the past, since the Grand Canal is now off limits 24/7.

We cannot do any bespoke tours to the Giudecca, Lido or Murano before 3pm.

We don’t know what the future will bring, and working under a municipal administration that active favours the powerful lobbies with the huge motorboats, at the cost of those who try do