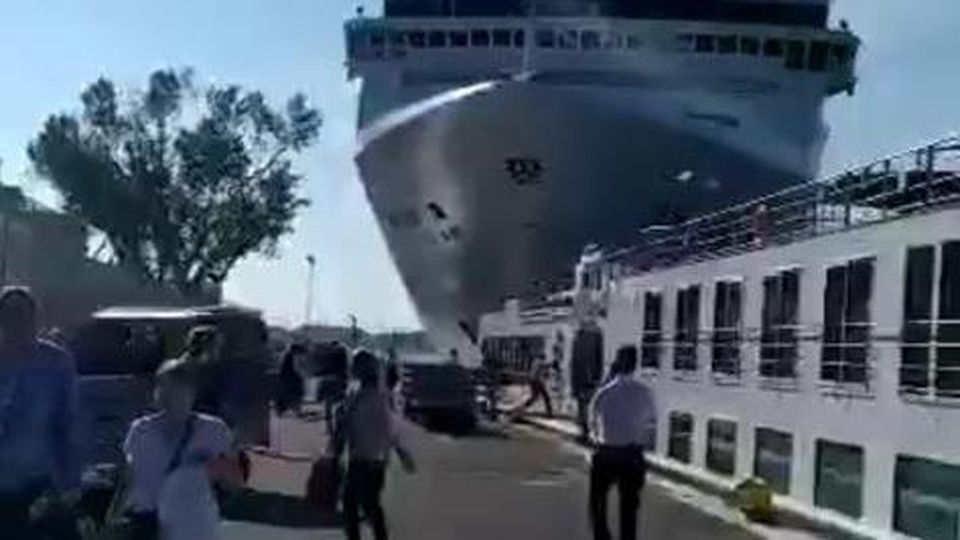 This morning a huge cruise ship, the MSC Opera, lost control in the middle of Venice city, hit the quay and a moored ship.

This must be the end of these monsters in the city of Venice. Ships that size do not belong in the lagoon.

Video taken from the Giudecca island

Video taken from the ship

Where did it happen?

It happened around 8:30am very close to the San Basilio vaporetto stop, which the MSC Opera very nearly hit.

The map below shows the route of the MSC Opera within the lagoon and through the city, until the point of the accident.

It appears obvious that if the accident could happen there, it could have happened earlier on the route as well, like just in from of St. Mark’s square and the Palazzo Ducale.

This accident is no small matter. Venice was very lucky today.

While the final story will only be determined later during the inquest which must be made, some statements have been made.

Apparently the MSC Opera had an engine malfunction, which caused it to go full speed ahead in a very narrow space for a ship that size. Not being able to slow down, they also lost control of the direction, and the ship veered to the right, hitting first the quayside and then the moored River Countess (a river cruise ship quite a bit smaller than the MSC Opera).

The cruise ships have one or two tugs attached, one front and one back, to help the ship turn the sharp corners on the route through the city. The ship advances under its own propulsion, and the tugs pulls it sideways front and back to turn.

The tugs did what they could to stop or divert the MSC Opera, but they were no match, and at some point at or after impact one of the tug lines snapped.

Apparently the MSC Opera moved at more than six knots at the time of impact, having accelerated from about 5 knots earlier in the Canale Giudecca.

After having scraped along the quayside for a bit, it hit the River Countess in a way as to push the smaller ship away from the quay, breaking the moorings.

The MSC Opera them came to a halt where there was a corner in the quay. The River Countess ended up on the outside of the MSC Opera.

At impact a few persons fell or jumped into the water from the River Countess, and the impact shook the River Countess badly, causing many to fall. Two or five persons were taken to hospital (accounts vary) but nobody was seriously hurt.

There were some 130 persons on board the River Countess, and up to 1700 passengers and 450 crew on the MSC Opera.

Both ships stayed afloat. The MSC Opera has damages to the bow and from side. The River Countess has most of the bow destroyed. The quayside probably sustained the most damage.

While this is all bad enough, had it all happened just a few hundred meters earlier, it would have been far worse. The MSC Opera would have hit a fondamenta (a sidewalk facing the water) and it would probably had destroyed the vaporetto stop at San Basilio, where people would be waiting for the boat.

Cruise ships arrive one after another in Venice, with about 30 minutes intervals. When the accident happened, others cruise ships were already entering the lagoon, and they had to stay put in the middle of the city for hours, while the two damaged ships were towed away.

Removing the two ships has taken a good deal of the day.

The Regata della Sensa and the Festa della Sensa, ancient annual Venetian celebrations, were scheduled to start half an hour after the accident, and most of the participants were already in the Bacino San Marco, when the entire event was called off. Nobody was told so, however, and the participants of the events only found out on social media.

Many performed the celebration anyway, without the participation of the local authorities.

The presence of cruise ships in Venice has been contested for years. Such large ships cannot manoeuvre in the tight spaces in the lagoon, as need of tugs to turn the corners show.

However, the harbour is a state harbour run from Rome, and the major of the city is an industrialist with a sensitive ear for the needs and wishes of local industry, so nobody has paid any heed to the many grassroots movements who have warned about this for decades.

Thankfully there were no casualties in this accident, bit it must lead to a stop of the monster ships entering the lagoon.

The initial response of the major of Venice, Luigi Brugnaro, was that ships will have to enter the city by another route, which requires the dredging of millions of m3 of heavily polluted mud and sediments to open up the Canale Vittorio Emanuele II for the cruise ships.

There are other suggestions which could keep the ship completely outside the lagoon, at sea where they belong, but lots of vested interests are opposed.

Some of the issues with the alternative routes are discussed here and here. 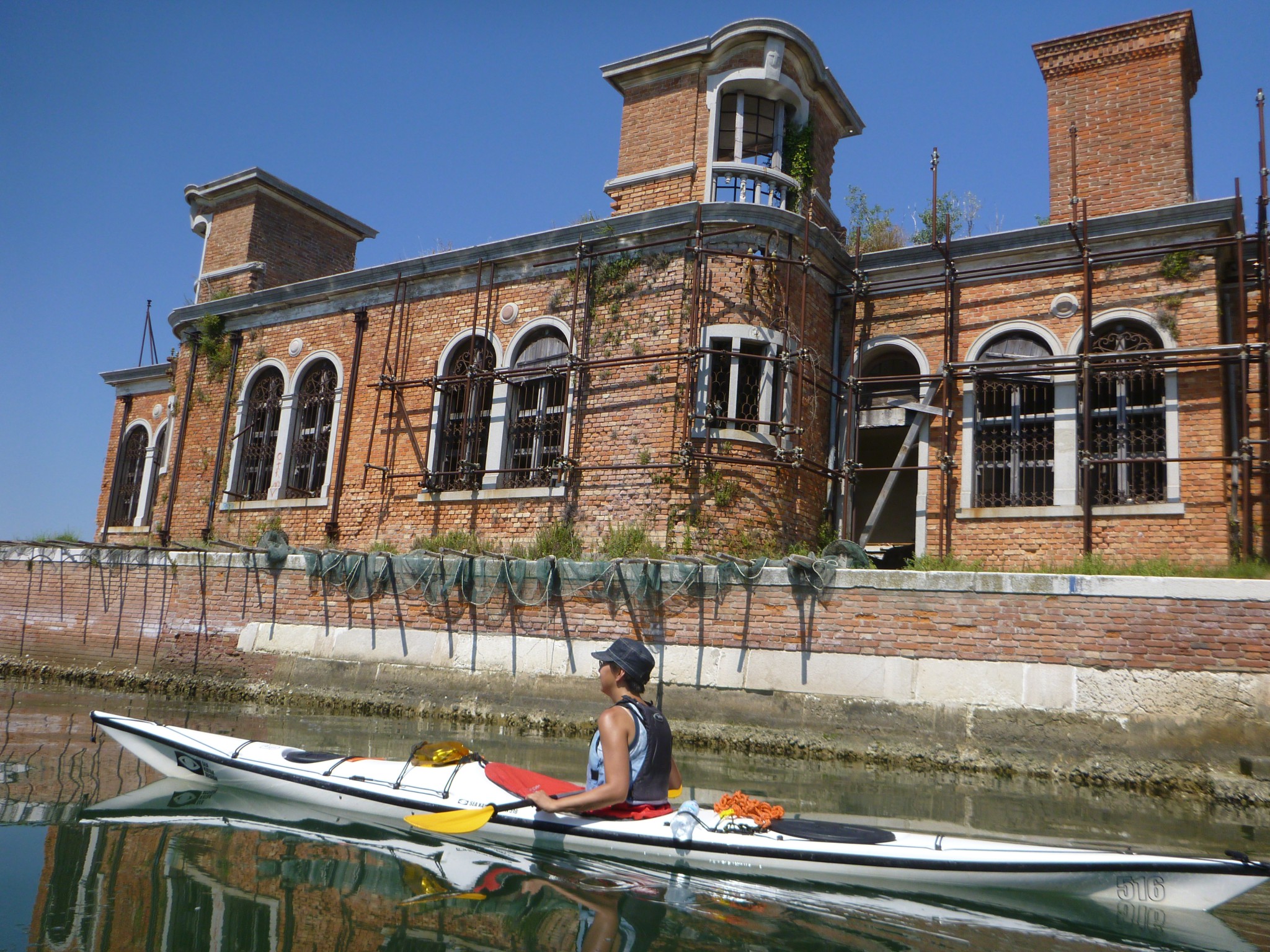 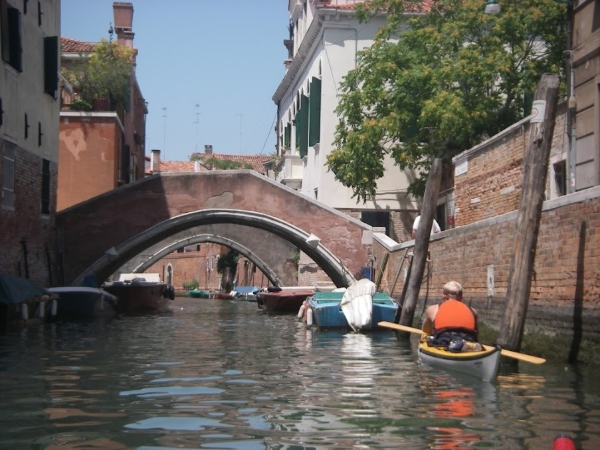 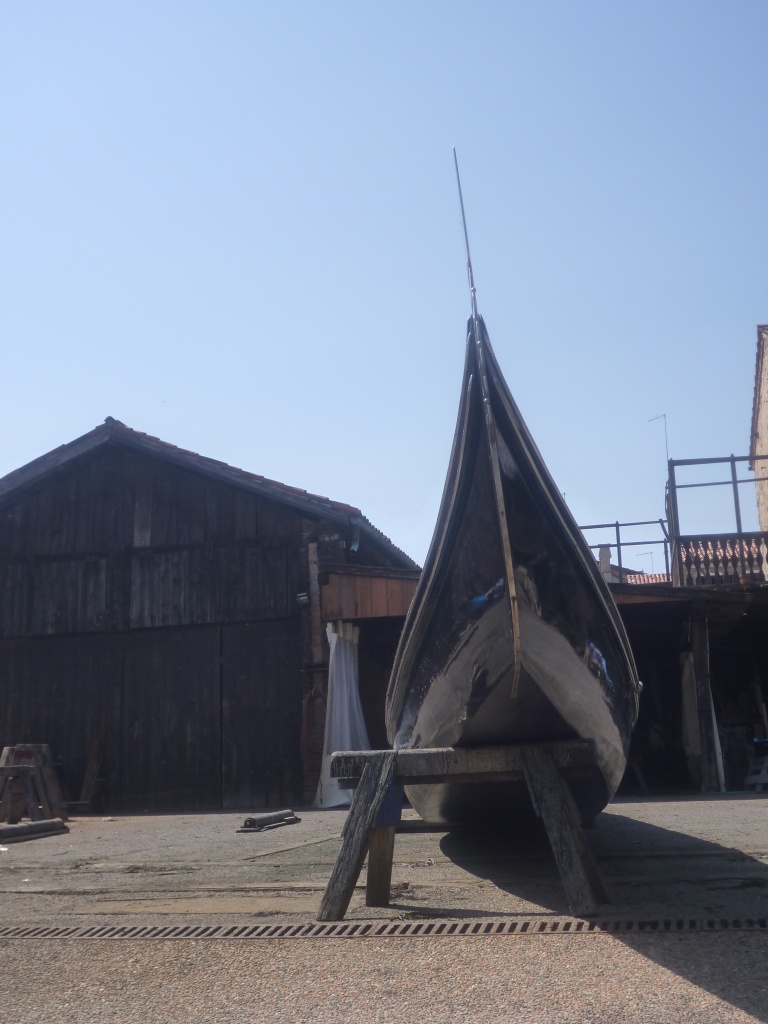 Gondola from below the waterline 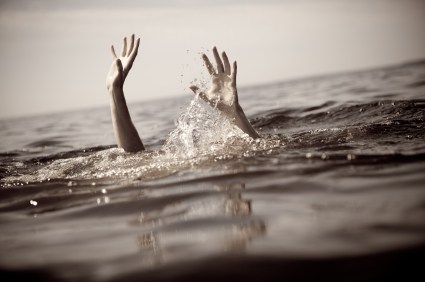