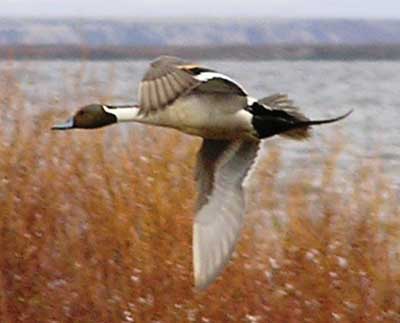 A short while ago I had the happy fortune of stumbling over an Anas Acuta at Kajakhotellet. The Anas Acuta is a rather rare bird around here, since they’re usually sold before they even arrive in the shop. From what I hear Valley has a problem keeping production up with demand.

In any case, this particular specimen was only ‘almost sold’, so I still had a chance to give it a try, and what a nice little piece of water foul it is too. Unfortunately, I only had about 30 minutes with it in placid waters with just a bit of wind.

Its a bit hard for somebody my size to squeeze in, especially since this one had the ocean cockpit. The boat really is too small for me, but with a bit of force and an awkward foot position I managed.

At first it felt a bit tippy, like it had a rather low initial stability. It was much the same sensation I had the Silhouette, so maybe its me rather than the boats. Sitting with my legs more stretched out in front of me I feel I have less lateral control, as I can’t use my knees as efficiently. It is probably that which gives me a sensation of less initial stability.

Once I started to move the kayak around the sensation changed completely. The Anas Acuta has an incredible secondary stability, it edges very far and it feels incredibly stable on edge. The manoeuvrability of the boat is nothing less than fantastic. It reacts immediately to the slightest edge and it turns on a dime when really edged.

I didn’t have the possibility to go and find some waves, so I only paddled on placid waters. There was a bit of wind, and it did seem like the boat weathercocked a bit, but nothing the skeg couldn’t compensate.

It would be great to try the Q-boat one day, as it should be a larger volume Anas Acuta, but I don’t know if one will come my way one day 🙂

One response to “Anas Acuta”