Little surprises in the lagoon

Today’s paddle became rather special, for a number of reasons.

I started in the afternoon after a morning’s hard work at the internet café. Their coffee is appallingly good, but paddling need to be done.

First thing, I encountered the first paddler ever in the lagoon, except of course Marco who always complains that nobody else paddles in Venice. Apparently he’s wrong. Somebody has been rummaging in the old shed to find grandpa’s old kayak and paddle. Nice guy, though, and he enjoyed his paddle just as much as I did. 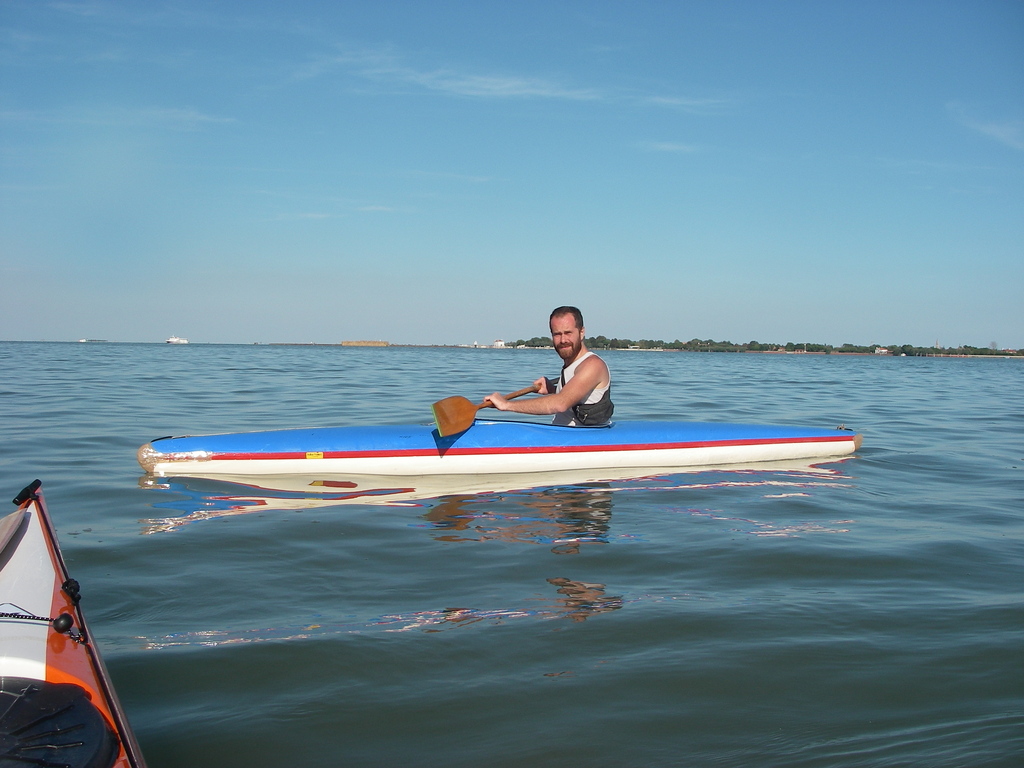 The plan was to paddle to Torcello, and on the way I got entangled in a maze of little channels in the lagoon, from where I got my first close view of Torcello. 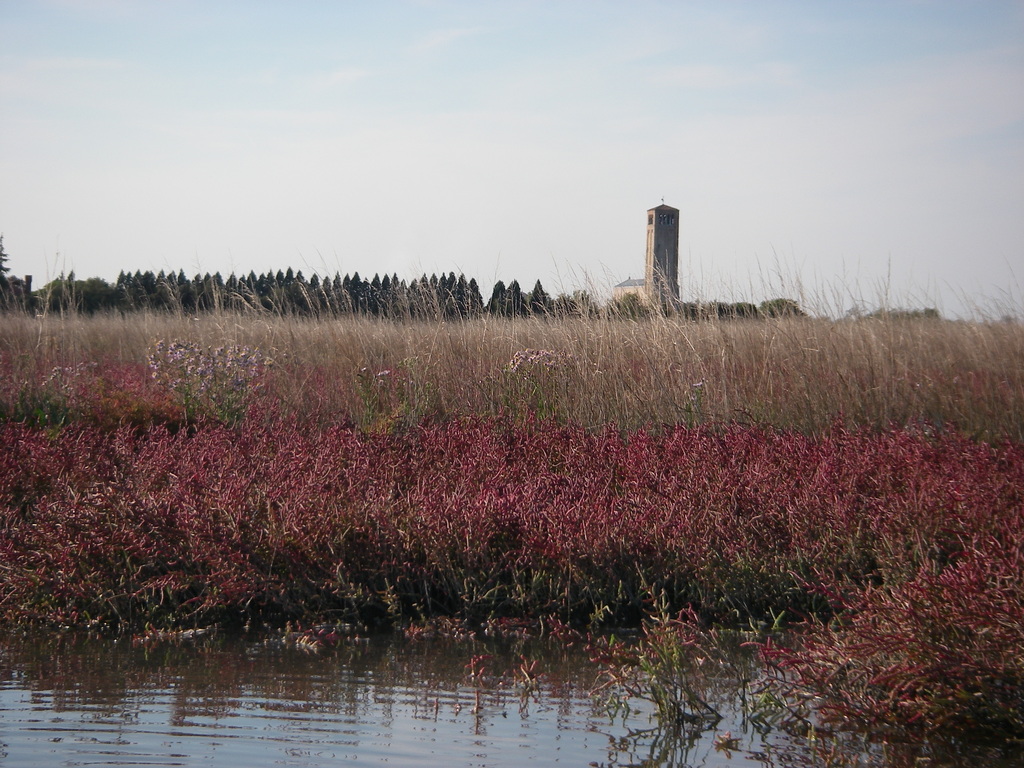 Lo and behold, there was another paddler! The lagoon was positively swarming with paddlers today. Another grandpa boat, obviously, but he had good fun too. Its not what you have, its what you do with it that matters. 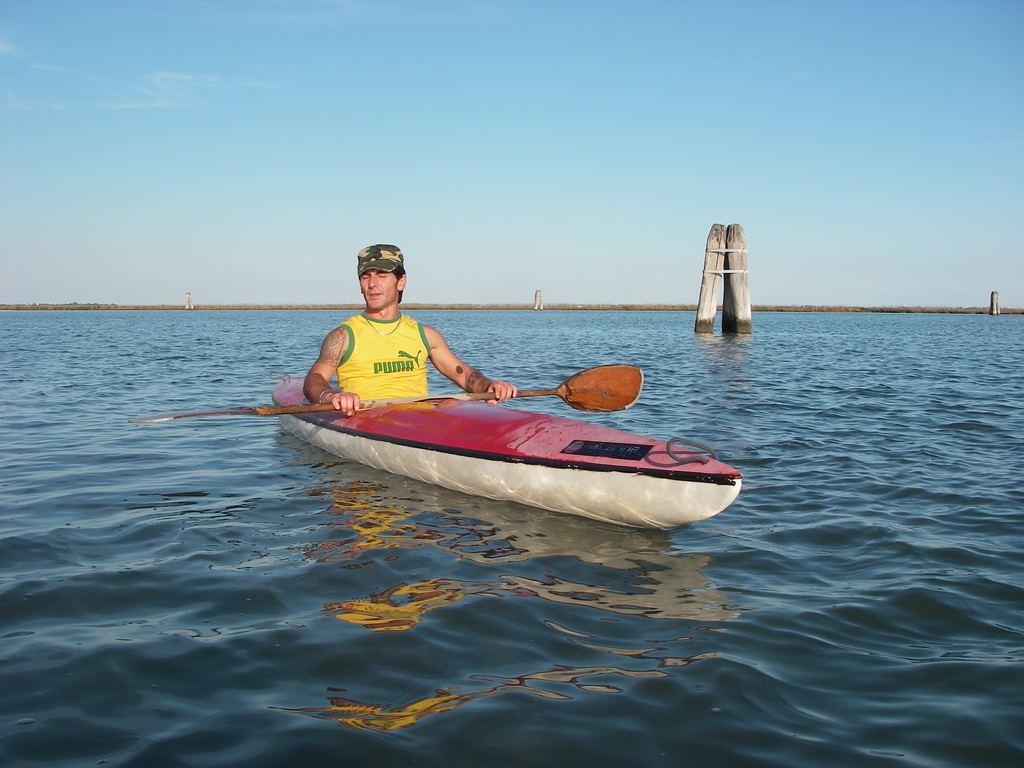 Finally I arrived at Torcello, unfortunately too late to enter and see the church inside. That’ll be another time. 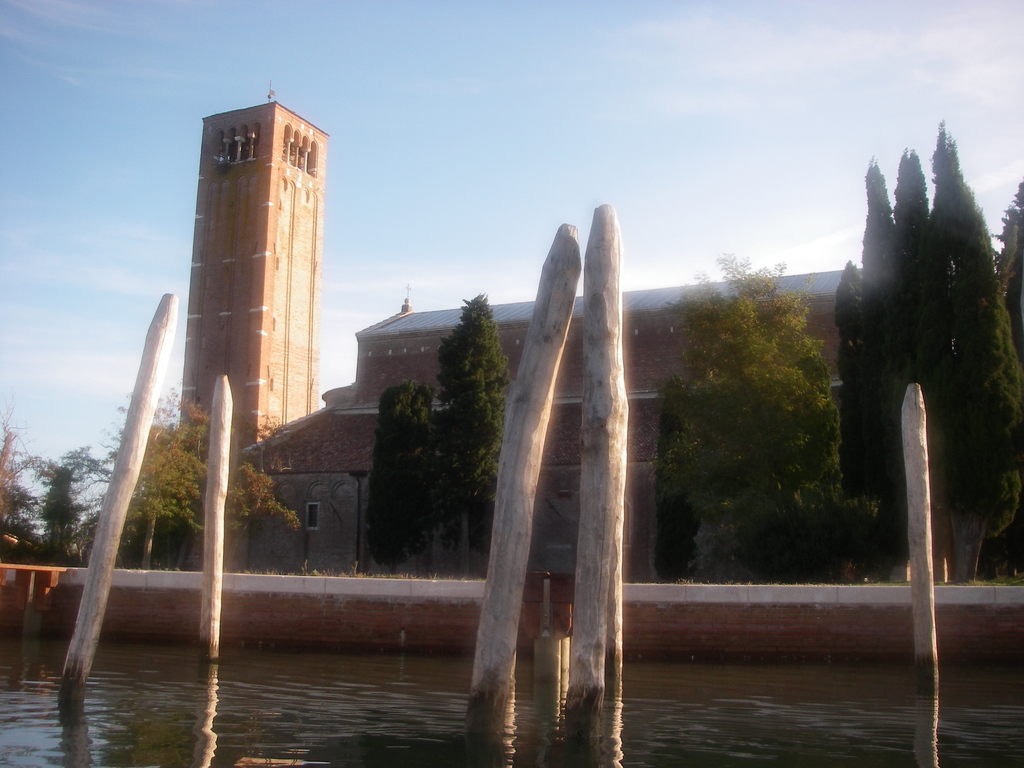 The island of Torcello also has it’s little pretty corners. 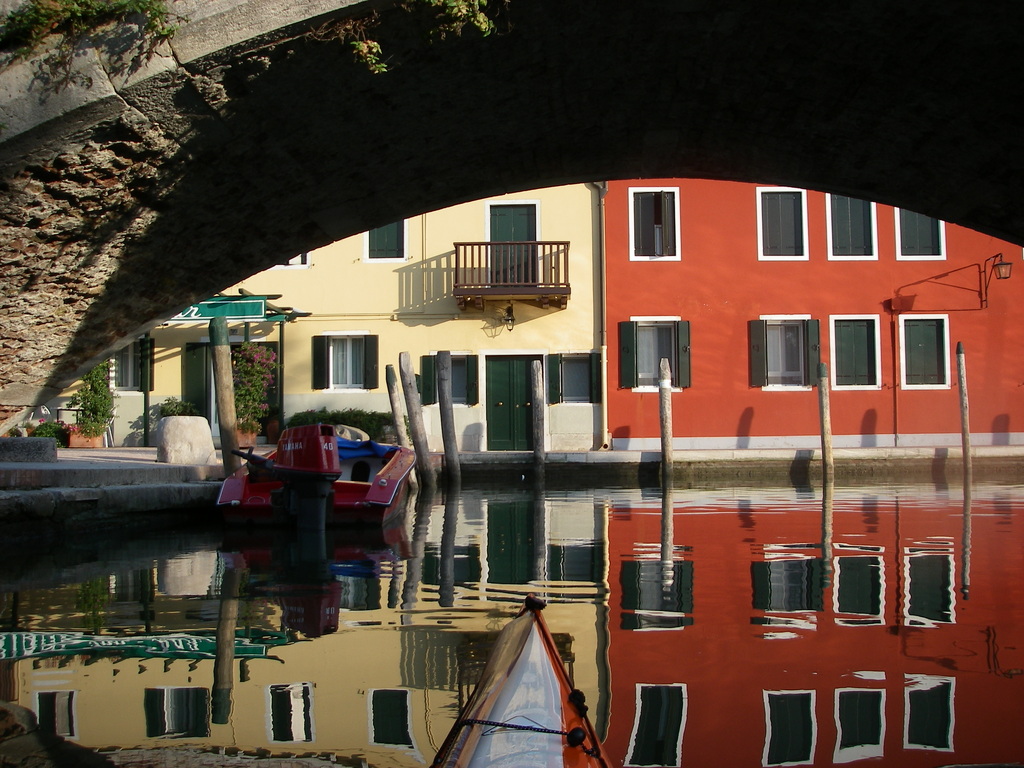 Passing Burano on my way back, it once again surprised me with its multitude of colours. Every house is different, every corner turned is a new experience. 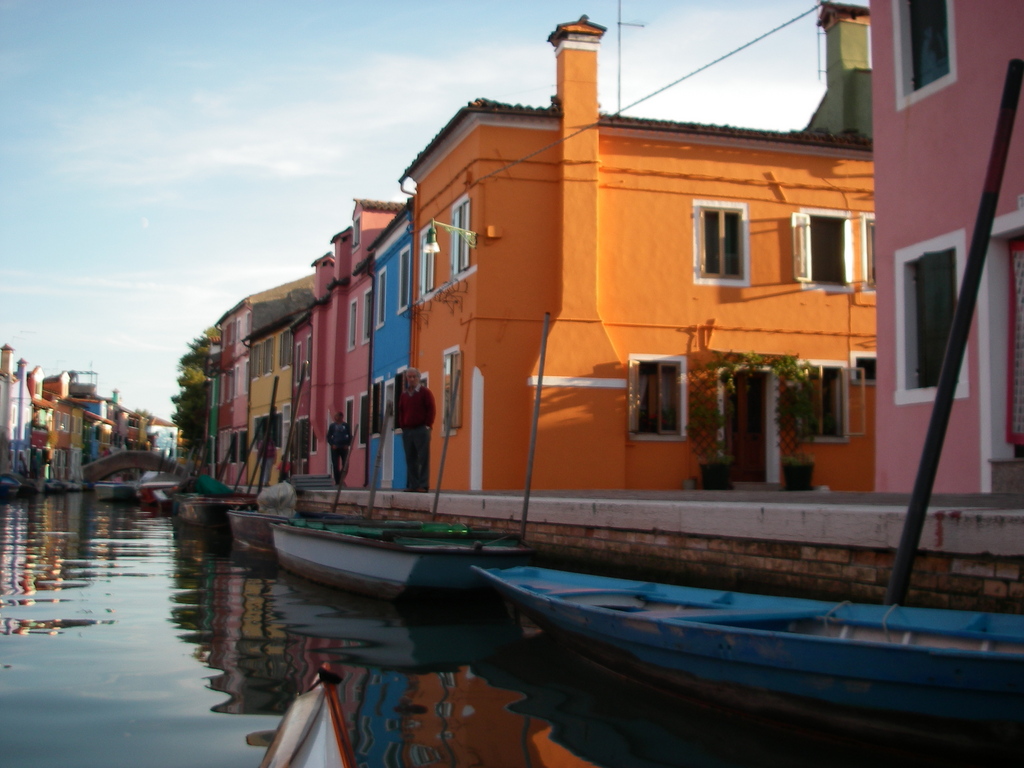 Yet another little display of vivid colour at Burano. This corner is near the main square of the village. 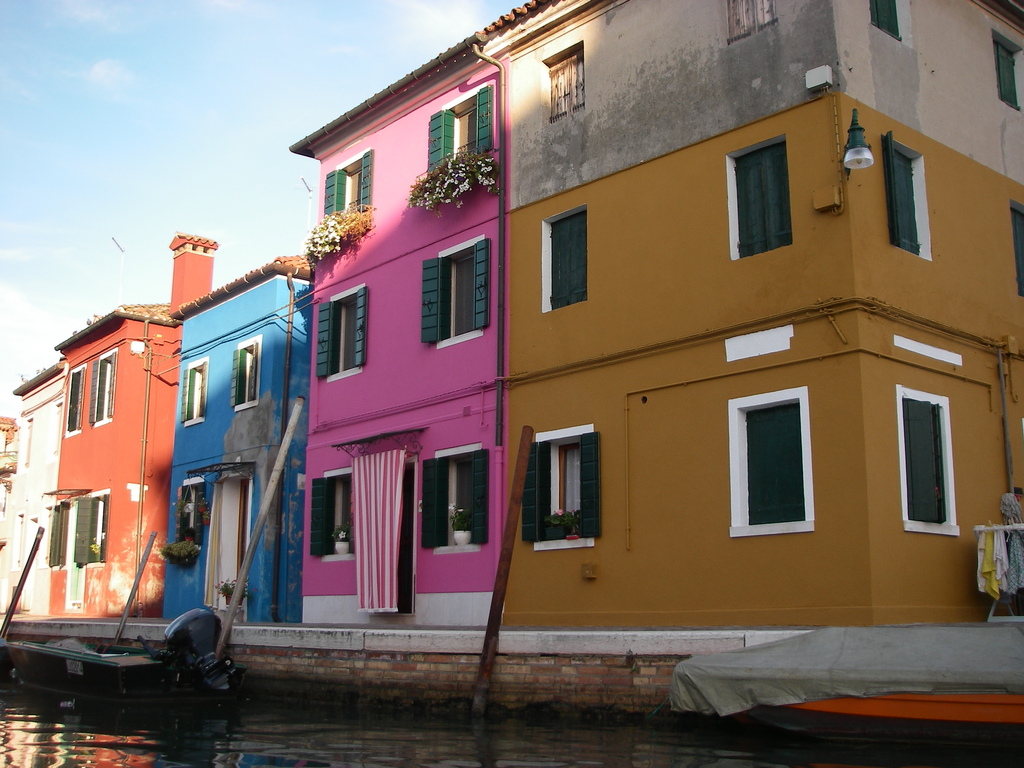 On my way back, as I’m starting to hurry not to be caught by darkness, I paddled into the most astonishing sunset. The low sun over the placid waters in the lagoon was spectacular. 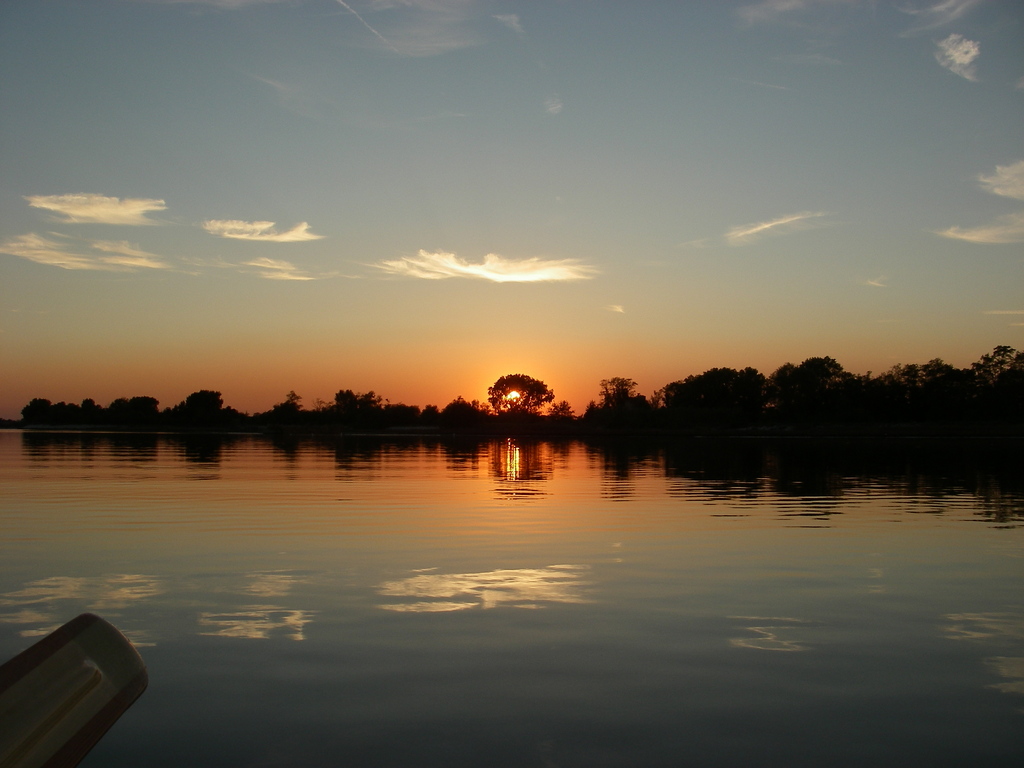 Another sunset shot, taken on the east coast of the island of Sant’Erasmo. 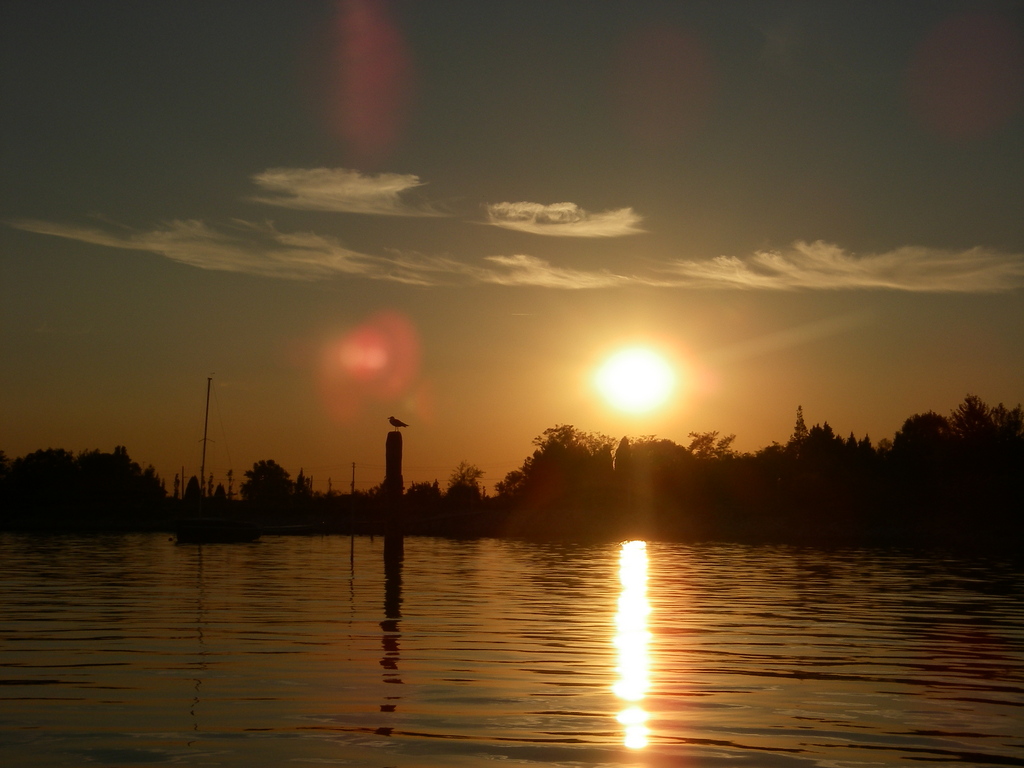 I managed to get back to the Lido just after sunset so I didn’t have to cross the busy entrance of the lagoon in darkness.

One response to “Little surprises in the lagoon”