Today I finally got started. I’ve made it a short day, for various reasons, so I’ve just paddled 15.5km from Fertilia to Cala della Speranza. Tomorrow I will try to get to Bosa Marina.

This morning couldn’t have been more different from yesterday. The sun was shining from a partially clouded sky, and it was even a bit hot. There were a bit of wind at sea, but on land it was calm.

The first thing to do was shopping, buying food and snacks for the next few days. I then changed, checked everything one last time, and packed the kayak, while the phone was charging. When everything was ready, I set off for the camping office with the packed kayak on a trolley.

The trolley is quite solid, and didn’t seem to mind the load, except for the stupid plastic things they had used to keep the wheels in place. The load simply tore them apart and a wheel would roll off. In the end the caretaker of the camping gave me a hand across the road to the beach.

Karel Vissel has kindly offered to send me forecasts as he did last year, and it was spot on: force 3-4 SSW with waves of just under 1m.

I was on the water at 11. My first task was to say hello to the ramp in the harbour where I pulled the kayak up last year. Otherwise I wouldn’t be able to say afterwards to have done the entire circumnavigation of Sardinia, albeit in two turns.

In front of Alghero is a small island with a lighthouse. Somebody had been reckless or unfortunate, because a sailing boat lay wrecked on the island. I tried to get closer for a good photo, when I was caught by the breaking waves around the island, and almost without warning I was sent surfing towards Alghero. I have practically zero experience surfing, so I just kept the kayak steady with a low brace until it stopped.

I paddled slowly today. I want to take a little time getting used to the Skim Distance again, and to paddling a loaded kayak again. I want to see how my current physical shape is, before I try to push harder. My experience with kayak traveling is limited to what I did last year, so I still have loads to learn and I’m not sure just plunging into it to see what happens is the best way to have a positive experience.

I stopped for a lunch break, and did one of those mistakes that’s supposed to teach you something. I knew there should be a small beach after Alghero, and when I saw a bar on a rock I thought that that must be it. In front of the bar was a rocky outcrop with loads of breaking waves, but just before that was a small beach with what looked like the usual piles of algae at water’s edge. I went in through the small surf, but saw in the very last moment that the algae were in fact small rocks. I changed directed and landed on a 3 by 4 pebble beach between a lot of rocks, and I had to park the kayak at a rather steep angle to get it clear of the waves. I used a neoprene cockpit cover to avoid scraping off too much gelcoat.

The next beach was some 8km down the coast, and I headed for that with the intent of deciding what then to do when I got there. I had to round a cape with a small island a few km before the beach, but didn’t really think much of it. When I got closer, I could see that the passage between cape and island was very agitated, at times completely covered in white foam. When trying to paddle around the island, I discovered that the other side of the island was even worse, with huge swells breaking all over a wide area. I would have to make a detour of several km to get around the nasty area. I decided that the inner passage was the lesser evil. As I approached, I noticed that it was only really agitated every once in a while. The rest of the time it was just very choppy. I sat there for a few minutes contemplating the situation, when it struck that the foam was from swells that had moved around the island to break in the passage. They were 2-3m and I definitely didn’t want one of them on my head, but they seemed to come in groups of three with a more quiet period inbetween. I waited for a group to break, positioned myself a few metres from the white area, had the next group of swells breaking just in front of me and paddled like mad. It worked, I got across the white area and the next set of swells broke well behind me.

Situations like that makes me really nervous. I do know how to roll, I have a standard sweep roll to both sides, but it has never worked for me in “combat”. Until I sort that out I cannot really rely on it in an emergency.

I arrived at the beach in Cala della Speranza at around 4. The same swells were still arriving directly on the beach and they broke at a distance from the beach. There were no sheltered corners, and a lot of algae that could be rocks, so I sat there for a while before I decided where to land. Besides me the breaking waves made the cutest little tunnel, so I grabbed my camera to see if I could get a picture. Several tries and no success. The waves must have pushed me forward a bit while I took pictures, because suddenly a wave broke just behind me, and I was rather unceremoneously shoved onto the beach. I reacted just in time with a brace so I came in bow first and not sideways.

I decided to stay. There are some 16km from here to the next beach, along a rocky coast without any landings. I hope I can make it to Bosa Marina tomorrow, but Karel writes of force 4-5 winds with waves like today, so I’ll have to see what to do.

There’s a closed bar above the beach, with a very nice roof, so I’ll speend the night under that and save the tent for another night. 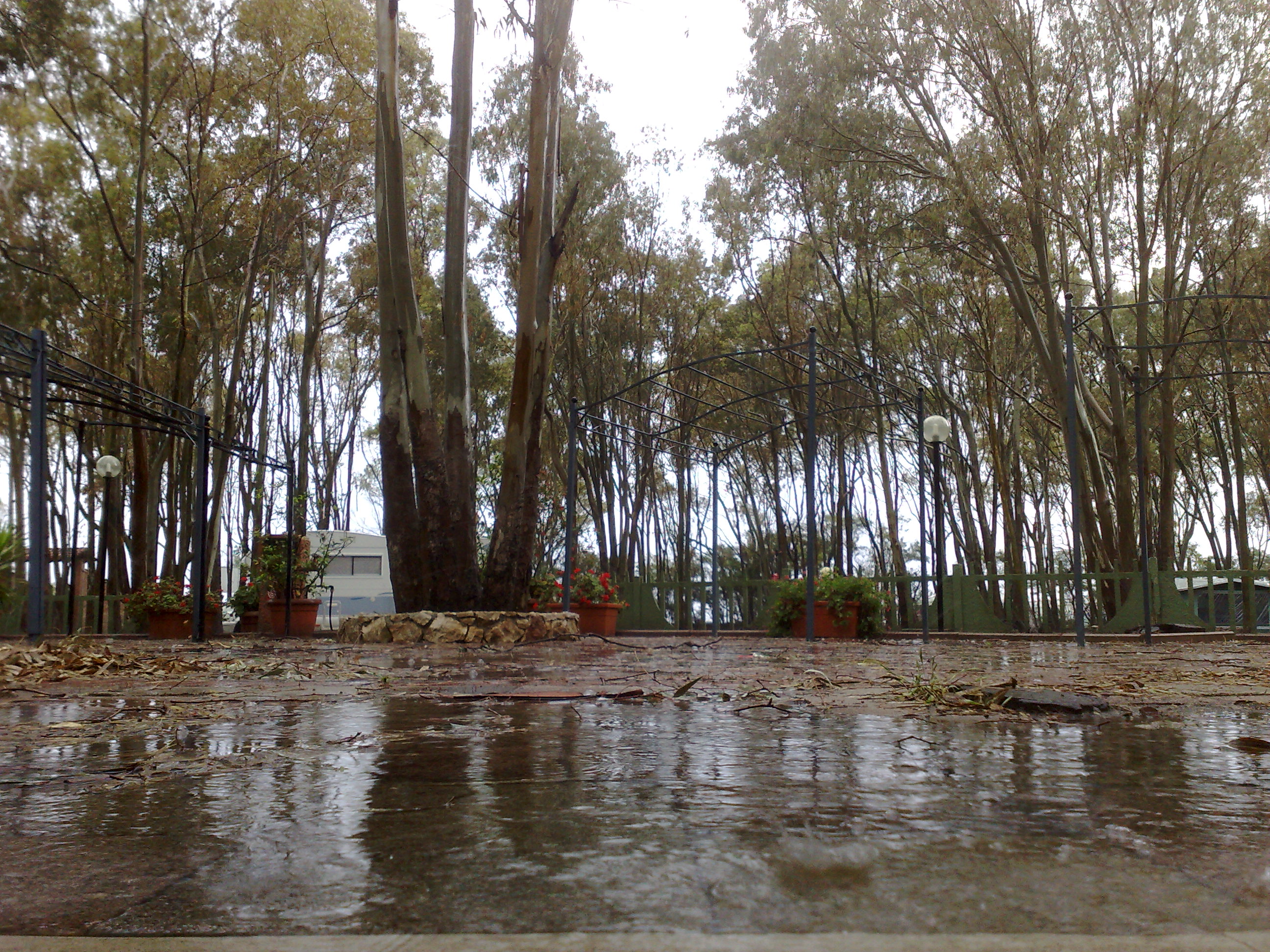 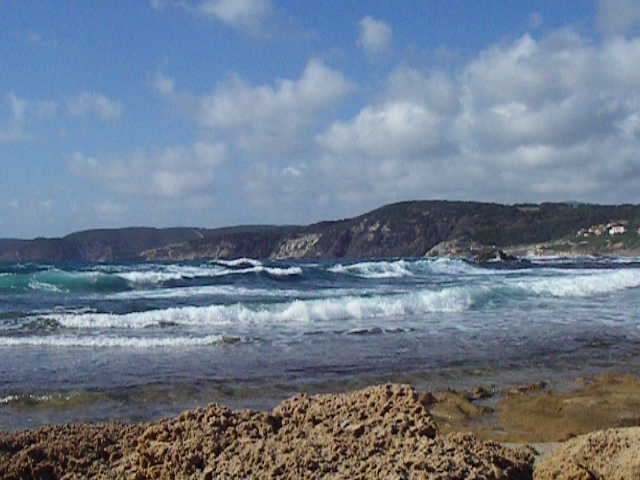 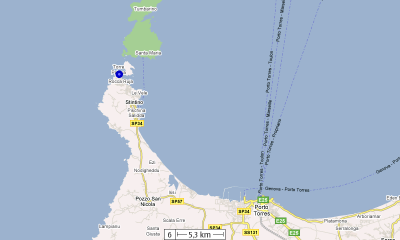