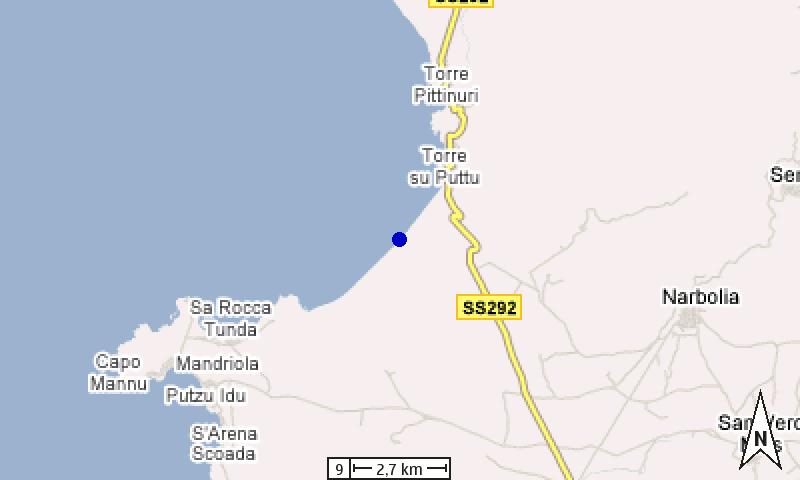 Today has been an inefficient day. I have paddled 23km from Porto Alabe just south of Bosa, to the beach Is Arenas, between S. Caterina Pittinuri and Capo Mannu. I did not get around Capo Mannu as I had hoped.

I had a terrible night, and didn’t get to sleep much. I was up at 6.30 but more tired than when I first tried to sleep. Karel had promised F4-F5 winds in the morning, so I decided to wait a bit, get some rest and let the worst of the winds pass.

It was 11 before I launched, while the winds were still quite strong, now more SE than E, so I had it against me whenever I couldn’t paddle directly under the shore. The waves were from SW, well below 1m, and not a problem.

Progress was slow, and it took me two hours to do the 8km to Punta Foche, where I stopped for something to eat and a bit of respite from the sun. Having eaten a bit I promptly fell asleep in the shadow under a rock, and slept for another two hours.

When I woke up, the sun wasn’t as strong and there was very little wind, so I only had the waves to keep me company on my way to S. Caterina Pittinuri. I stopped there for a short rest before I continued to find a place to camp for the night.

I’m on a very long beach, full of locals fishing throughout the night. When I get up in the morning, they’ll be packing up.

The hatches on my kayak are giving me problems. I have had some water getting into the day hatch for a couple of days, and today also in the front hatch. I have tried to make sure they are closed properly, but tomorrow I will clean the completely, to make sure there is no sand underneath. I have never had this kind of problem with the skim distance before. 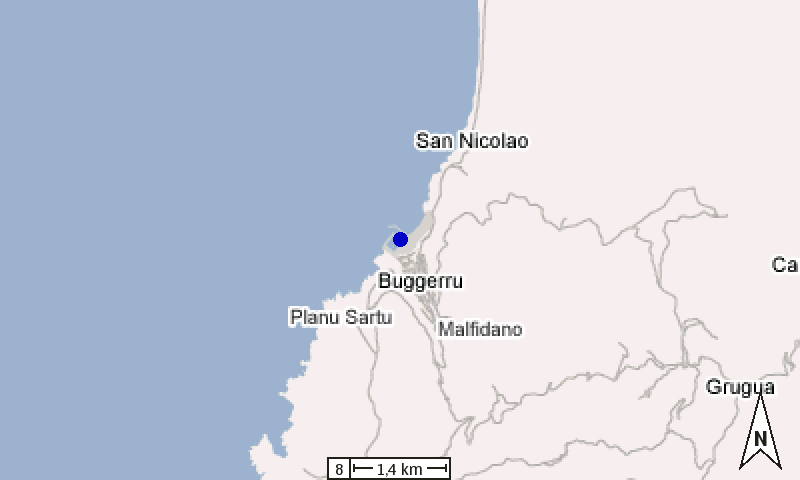