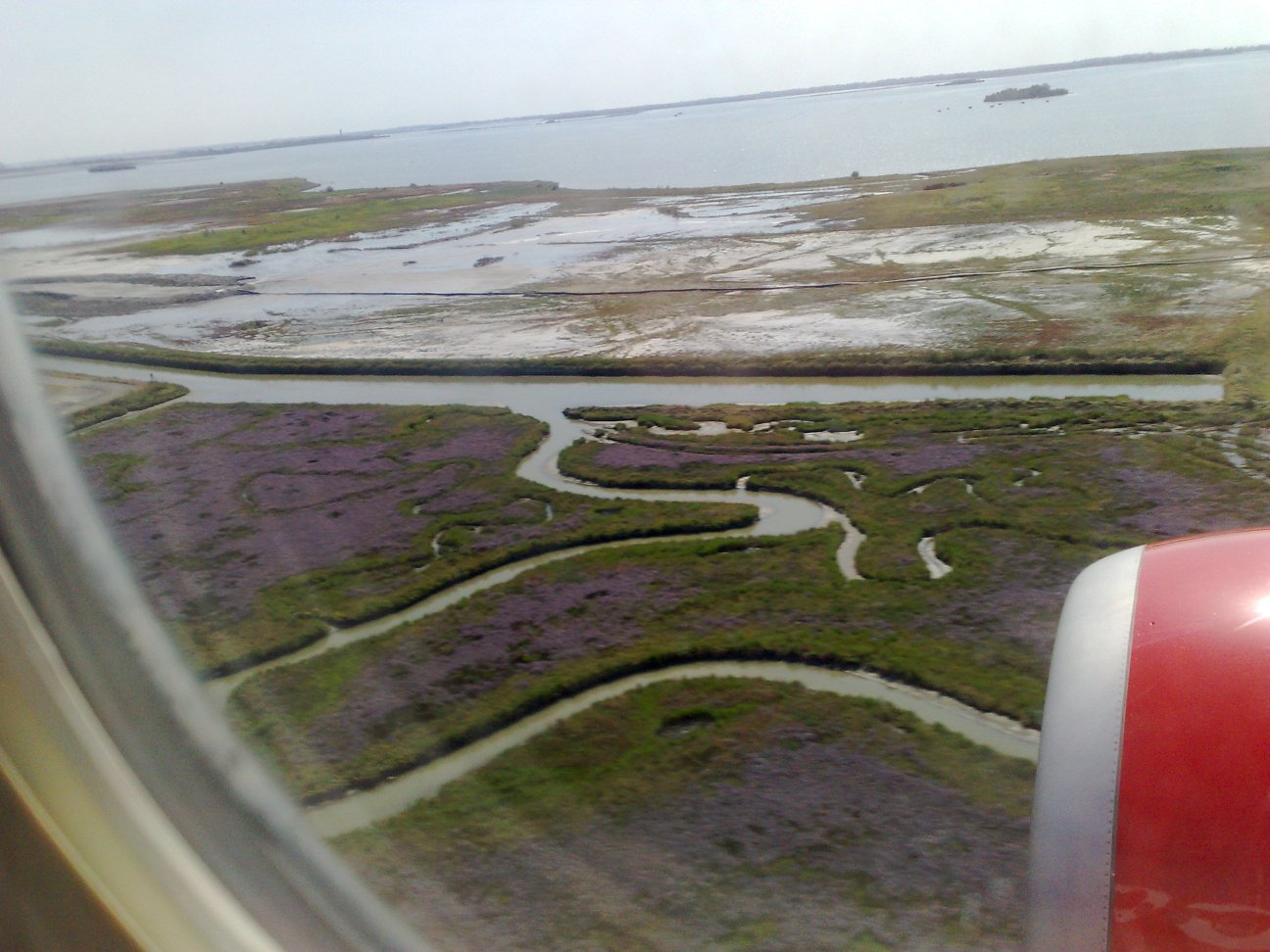 I’m back in Venice now, in the camping getting the last things ready before a group of Danes arrives on Sunday for a week of magic Venetian paddling.

I was lucky enough to find myself a vacant window seat on the right side of the plane. The airport of Venice is built on the edge of the the lagoon, and the approach is almost always from the south, so the right side of the plane has a fantastic view of the lagoon and Venice itself, while the left side has a less spectacular view of the Po valley.

Photos taken with a mobile phone through an airplane window aren’t the greatest, but I had no other camera on me and the hostess wouldn’t let me open the window 🙂

The “gronde” of the southern lagoon, an area I still haven’t explored in kayak.

Venice with the Giudecca island and the minor islands south of the city.

Venice with its modern (1930s) additions of the Tronchetto island and the Barrier, officially named “Ponte della LibertÃ “.

The Barrier and the uninhabited San Secondo island.

Murano and San Michele, with a bit of Venice on the right and the abandoned Campalto island in front.

The northern lagoon near the airport. The “Tessera Canal” in front with Isola di Tessera and Murano to the far right, and Carbonera island in the centre-left. Carbonera used to house a gun battery, but it is now abandoned like so many other “marginal” lagoon islands.

The barene at the airport runways, with the violet flowers in bloom. The airport is built on a part of the lagoon, which used to be like this. 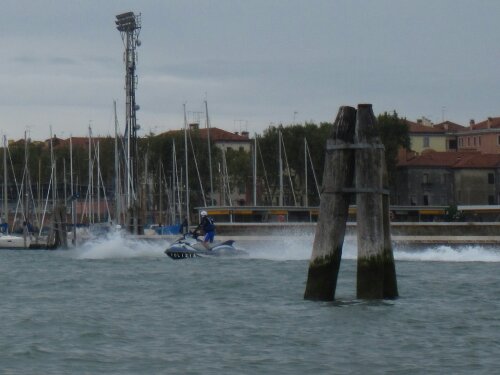 Jet ski are illegal in Venice