Its been a rather slow kayaking winter until now, I’ve only been out paddling a handful of times, plus a couple of pool sessions. This weekend I’m going to do a bit about it.

My local kayak pusher Kajakhotellet.dk is organising a weekend trip around the island I live on, Amager. The trip is just over 50km which is split over two days with a night in a shelter at Kongelunden on the southern end of the island.

We’ll start at the shop and paddle south, and stop at the southern end after about 20km where we’ll stay the night.  On Sunday we paddle up the west side, through the harbour of Copenhagen, which I know very well, and around the north end back to the shop.   I guess I could stop at home in the city, but that would be cheating 🙂

Its not a very demanding trip, but its often done to give beginners a basic training in touring with packed boats and a night out in the “wild”.

It’ll be good getting out a bit again with others. 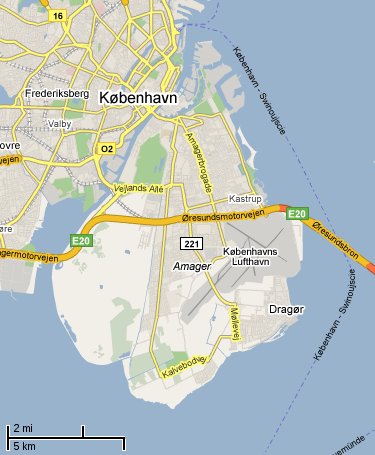