There aren’t many reptile species in the lagoon of Venice. The lucertole are all over,there are snakes on some islands, and apparently one species of pond turtle, though I’ve never seen one of the those.

Yesterday, however, I saw what looked like a different kind of turtle.

We were paddling across the Canale delle Navi, between the Arsenale, Murano and le Vignole, which is a place with a lot of traffic, when I spotted something different in the water. It didn’t move but it had a too weird shape to ignore, so I returned back into the canal to find it again. 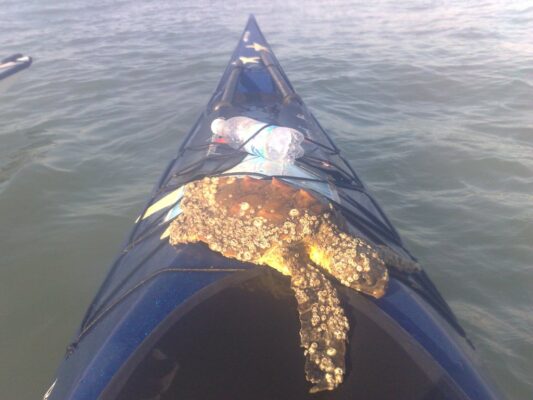 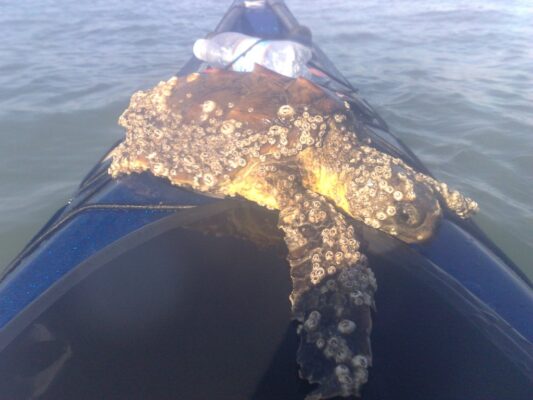 It looked barely alive when I picked it up, it hardly moved, but I took it to a more sheltered and shallower place and let it go, and it started swimming again.

I have no idea which species it is. The size matches the European pond turtle, but I have never seen one of those with spines on the back like the one has.

One response to “Lagoon turtle”