The death of an island

The island Madonna del Monte, aka Madonna del Rosario, is a small island in the Venetian lagoon, located on the canal which connects Murano and Burano.

It is dying a slow death.

It housed a monastery for a period in the middle ages, but then lay abandoned for centuries, until another monastery was founded in the early 18th century. It lasted just one century before being closed and demolished by Napoleon, like so many other monasteries.

In the 19th century it was used for gun powder storage, and the current building dates from this period.

It is now suffering from death by waves.

It once had a perimeter wall, but the intense motor traffic on the nearby canal has caused that wall to crumble and little of anything is now visible to the casual visitor.

Once the wall is down, the constant waves quickly erode the sand and dirt the island is made of. The trees and shrubs near the edge die because of the salty water washing over the shore, and without the roots of the plants there is nothing left to keep the island together.

The island is getting smaller and smaller each year.

These photos give an impression of the size the island had a few decades ago: 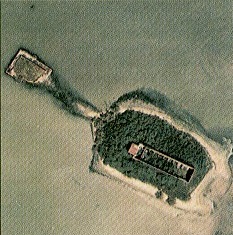 Notice how much space there is in front of the building.

Here are some of the photos I have taken of the island in the years I’ve been here in Venice.

There are still a few metres of land in front of the entrance, but most of the trees are dead, probably because the soil has become too salty or too moist. 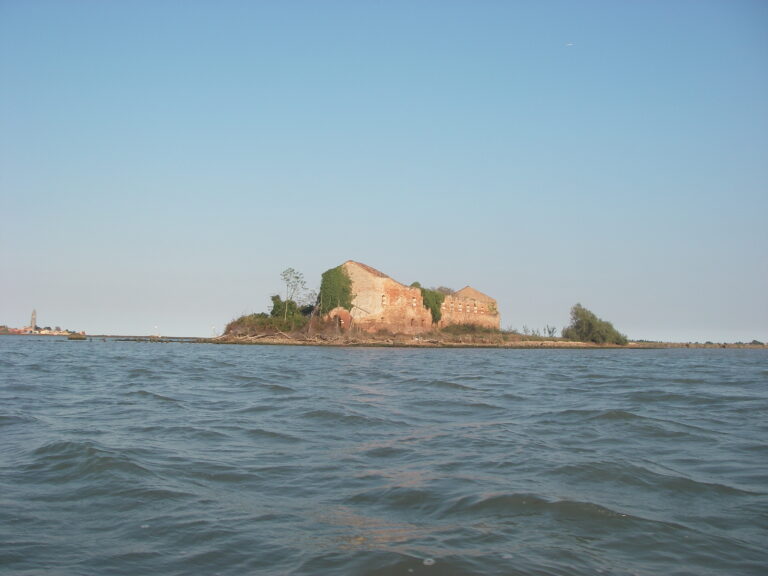 At least two metres in front of the entrance but the dead trees are gone, though there’s some vegetation left. 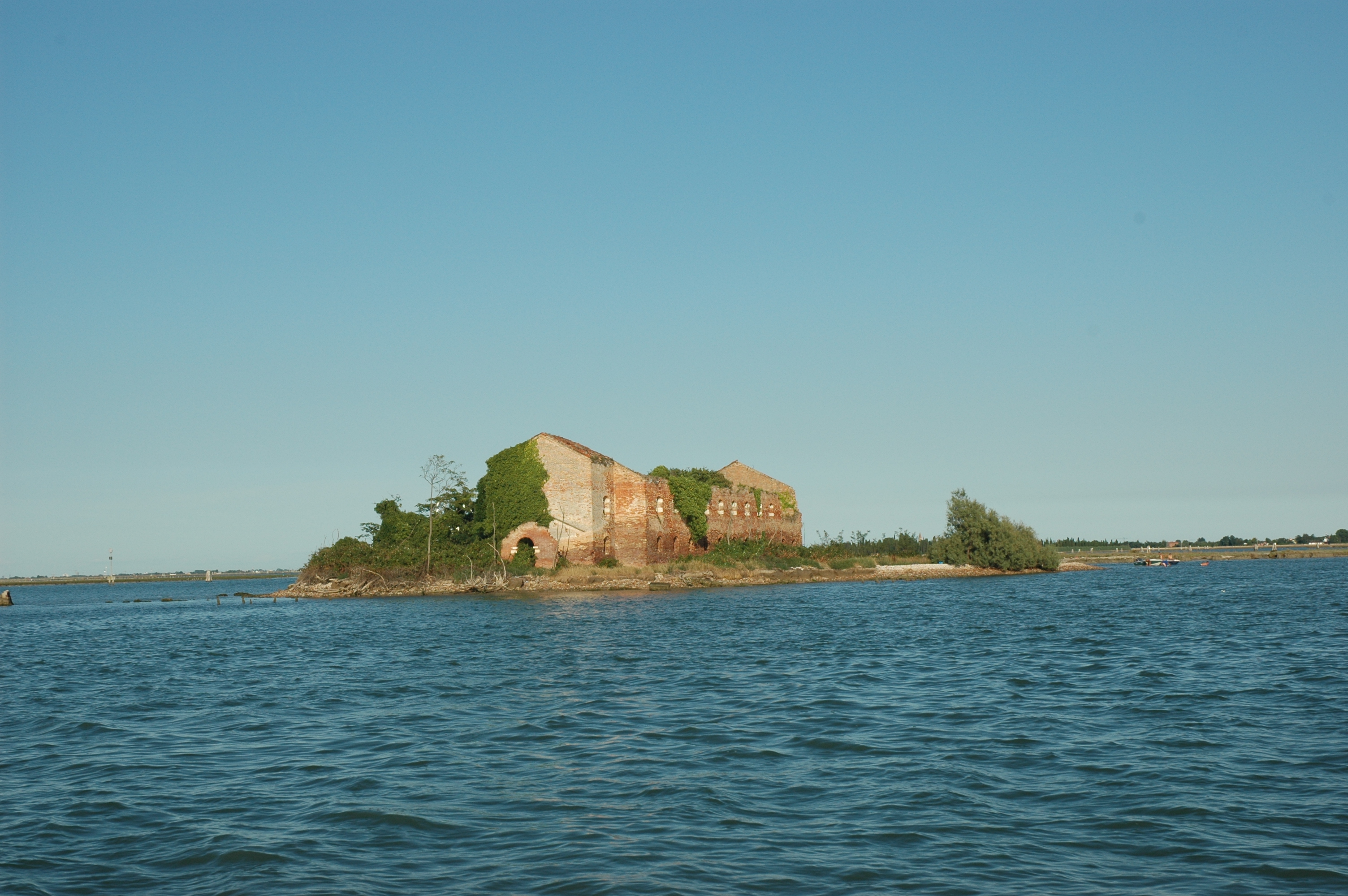 No trees left, and maybe one metre of land left. 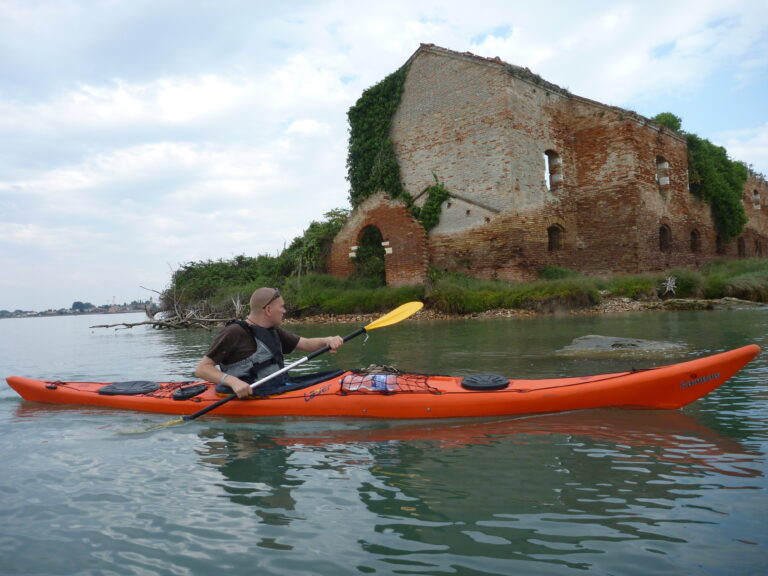 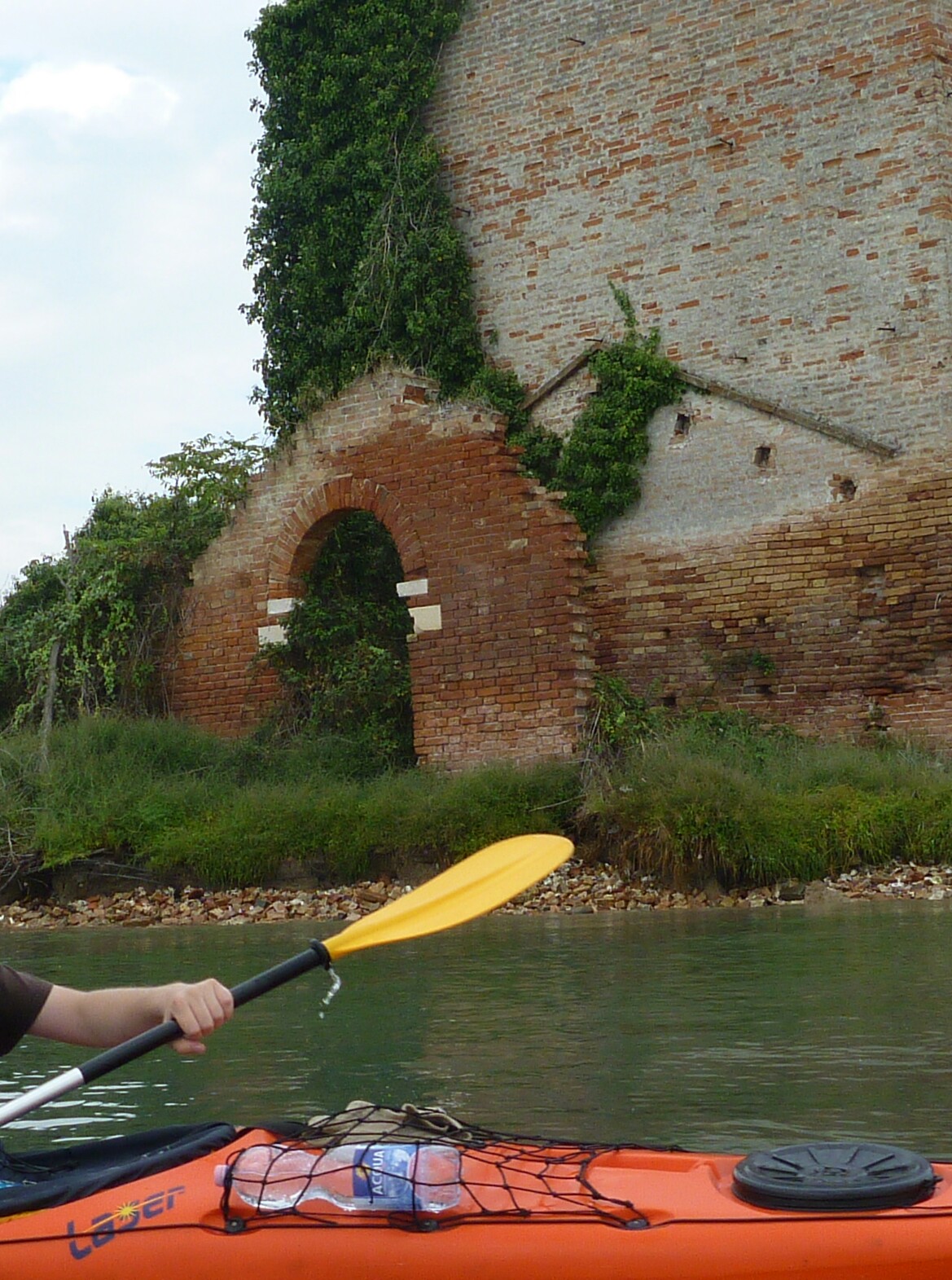 No vegetation and at most one metre land land in front of the entrance. 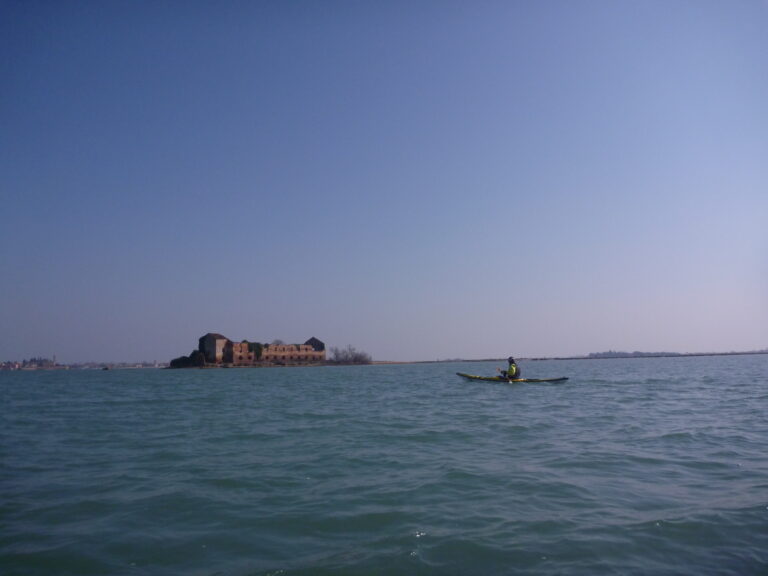 This is the best photo I could find from 2012, and its not very clear. 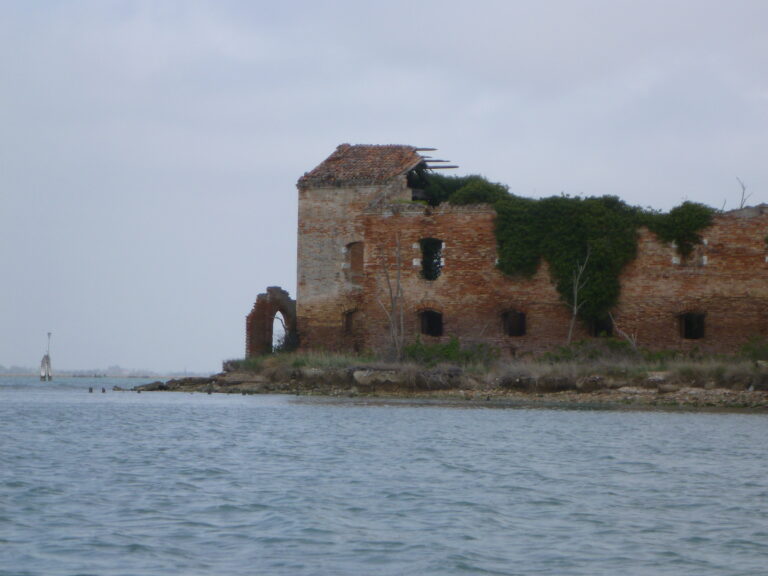 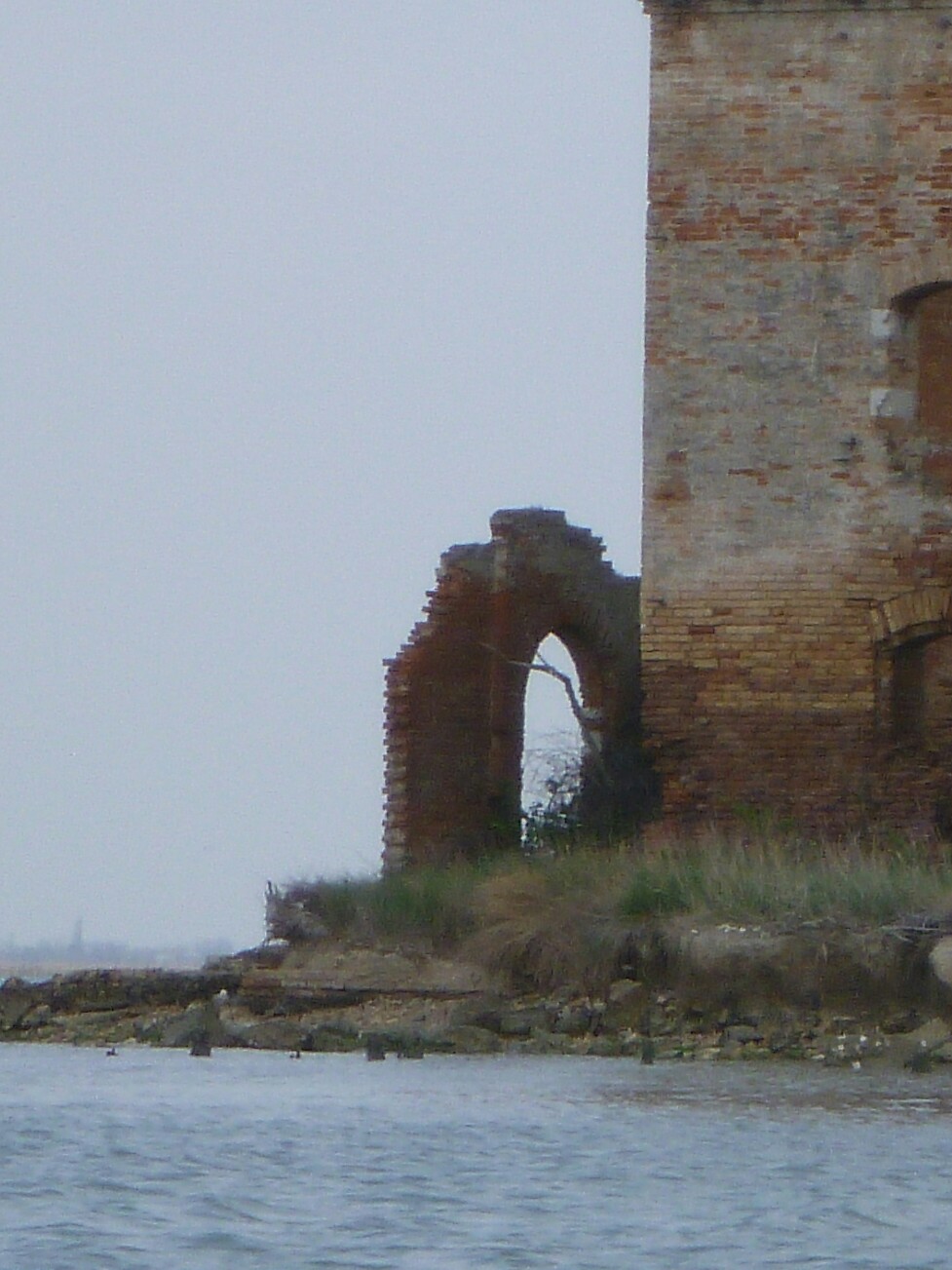 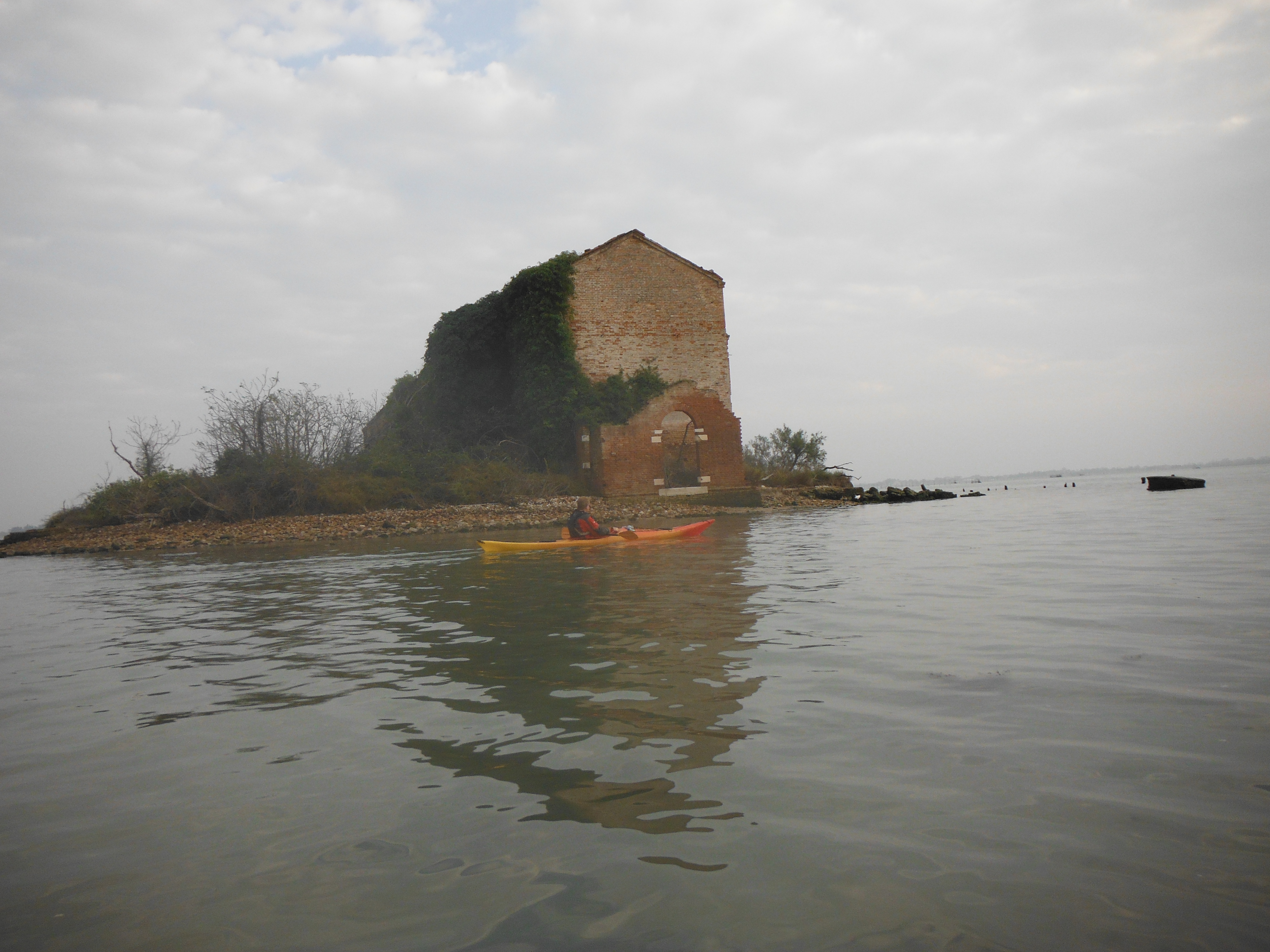 One response to “The death of an island”