Venetian rowing in the 18th century 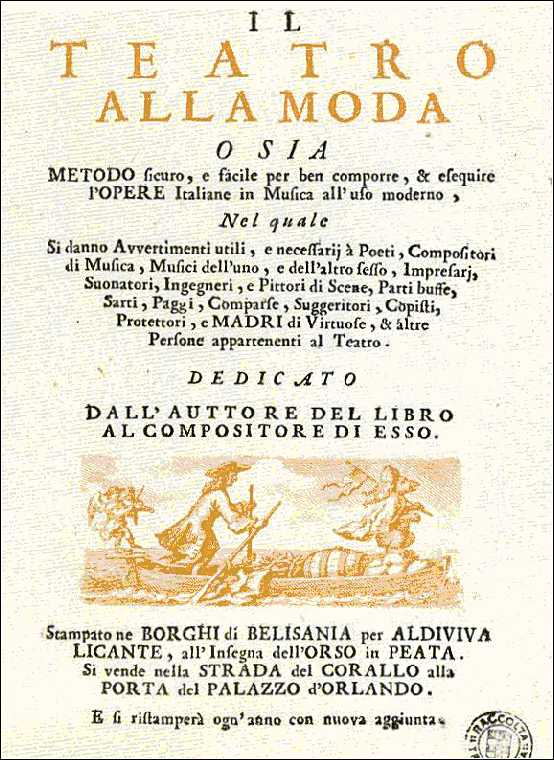 Antonio Vivaldi, the composer from the 18th century who wrote The Four Seasons, also wrote operas to be performed in Venetian theatres. They were rather modern for their time, and one of Vivaldi’s critics published a pamphlet against him, called “Il teatro alla moda“, which has an interesting incision on the cover.

It shows a small Venetian boat with a man rowing alla valesana. The rower is not a poor man, but dressed according to the fashion of the time.

What I find particularly interesting here, is that it shows that for a respectable and prosperous man, rowing around the city of Venice was as natural as riding a horse anywhere else.