A day in Palermo

A few days ago I went for a walk here in Palermo, and I took some photos along the way. The road was from Piazza Don Bosco towards Piazza Noce and back. 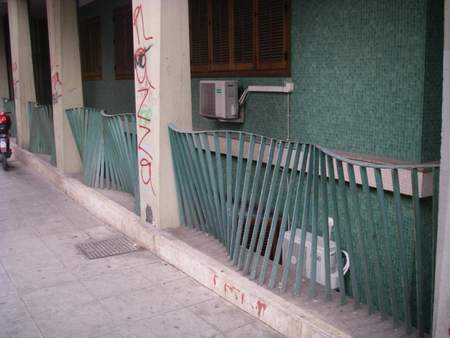 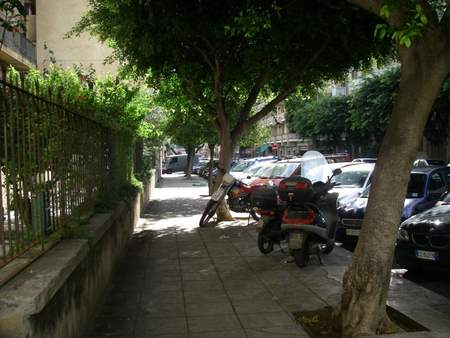 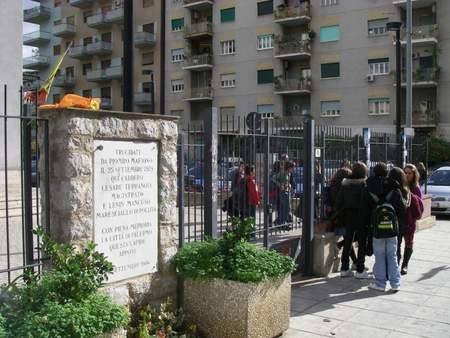 This is where mafiosi shot down Cesare Terranova and his driver Lenin Mancuso in 1979. It is just in front of a public school. 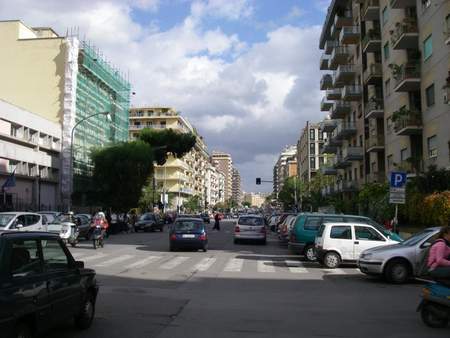 This is one of the major roads in Palermo, the Via Autonomia Siciliana. 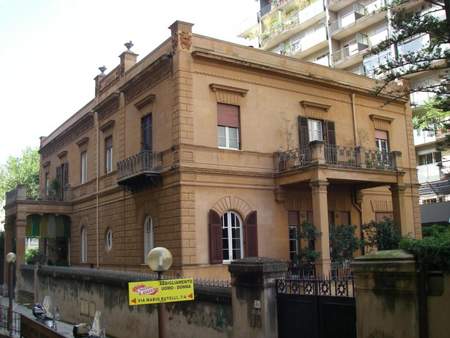 The Via Autonomia Sicilia was supposed to intersect the Via della LibertÃ  here, but unfortunately this Art Nouveau house was in the way, and it still is. 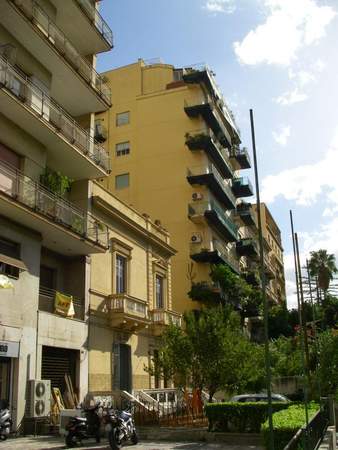 Via della LibertÃ  was once lined with beautiful Art Nouveau villas, but now only a handful survives between the concrete buildings. 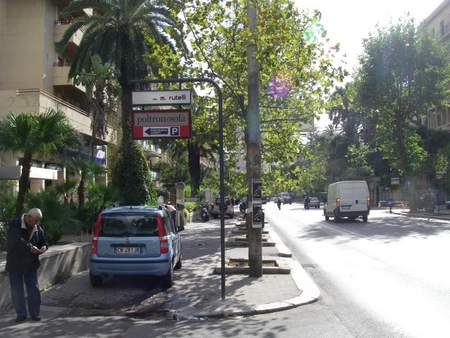 Creative parking on the Via della LibertÃ . That’s what side walks are for, right? 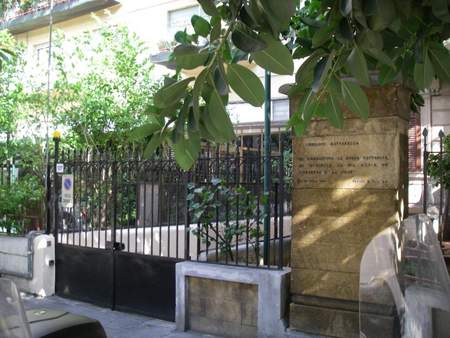 In 1980 the president of the Autonomous Region of Sicily, Piersanto Mattarella, was shot down in front of his home on the Via della LibertÃ . A hard to see plaque commemorates the victim. 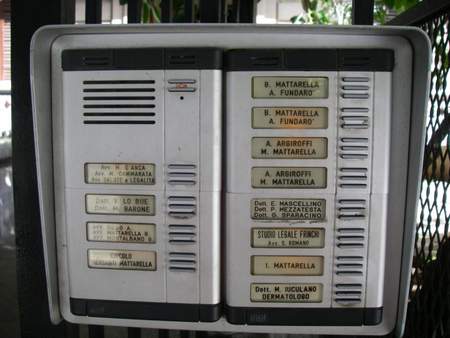 Relatives of his still seem to live in the house. 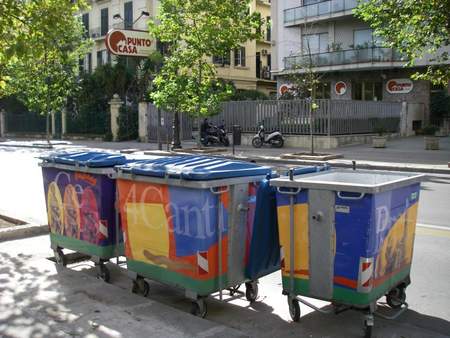 When a city has garbage containers standing along the main road, it can just as well make a statement of it. 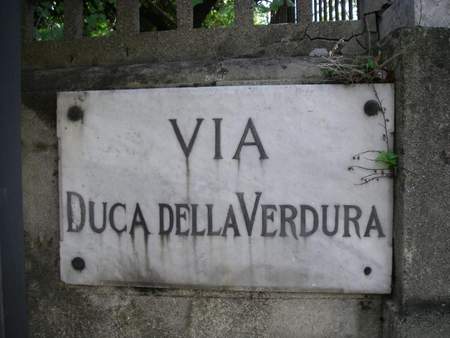 This road is named after one of the old Sicilian princes, the upper caste of the aristocracy. His title was Duca della Verdura, literally Duke of Vegetables. He was probably powerful enough that people wouldn’t laugh. 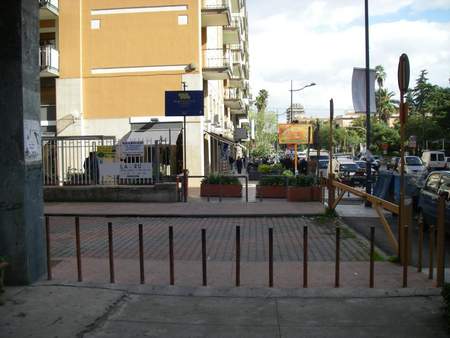 Persons in wheel chairs often have a hard time in Palermo. The rods are there to keep cars and scooters out, but they also keep others out as well. 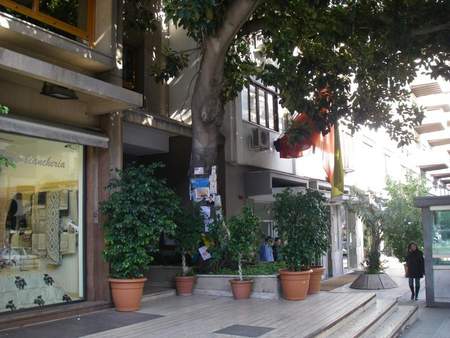 This is where judge Giovanni Falcone lived on Via Notarbartolo. Falcone was kill with a massive bomb in 1992. The tree in front of his appartment has become a monument to him. 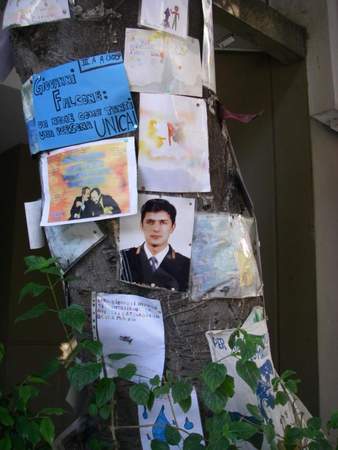 These are some of the notes people place on the tree. The policeman is one of his bodyguards. They were also killed in the blast. 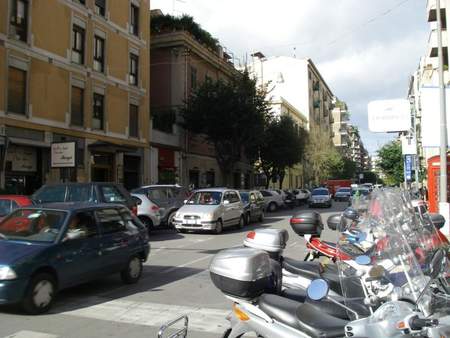 Parking is a huge problem in Palermo. When somebody can’t find a spot to park they might just leave it parked on the road. The Italians call it double parking. 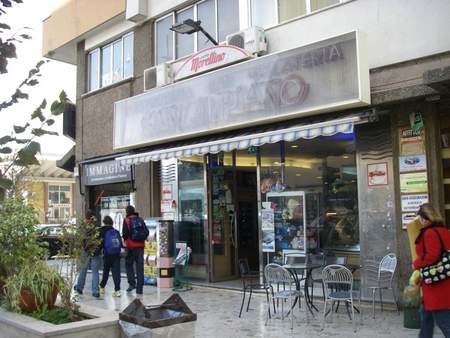 This was my first stop. Bar Stancampiano in Via Notarbartolo near the train station is the best icecream place in Palermo. You haven’t tasted icecream unleass you’ve tried Stancampiano’s. 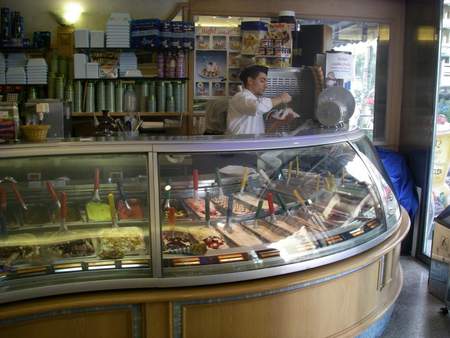 Stancampiano inside. I had amarena and stracciatella. 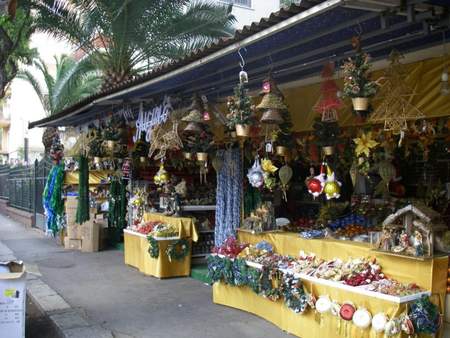 They have christmas too in Palermo. Buy your decorations here. 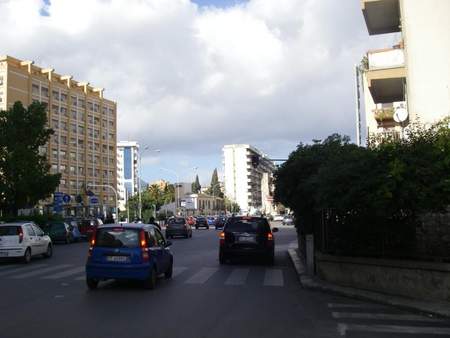 This must be one of the narrowest sidewalks in the world. 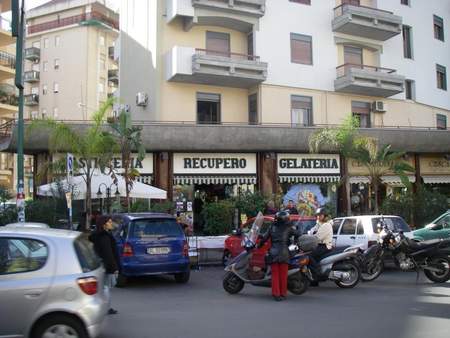 Bar Recupero in Via Malaspina is also a good icecream place. 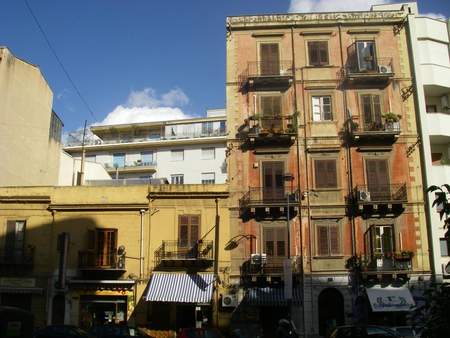 Most of Palermo is now concrete buildings, but there are still some nice old houses around, like this in Via Malaspina. 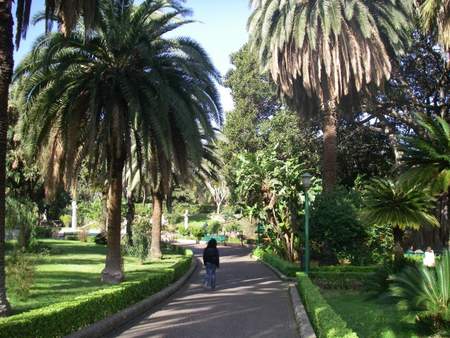 On my way back I passed the Giardino Inglese, the English Garden, where Via della LibertÃ  and Via Duca della Verdure intersect. On one side of the garden is the street where the Prefect of Palermo, Carlo Alberto dalla Chiesa and his wife were murdered by mafiosi in the 1980s. The street now bears his name. On the other side of the park is a small plaque remembering an innocent high school student who was killed when the driver of the car of some of Giovanni Falcone’s bodyguard lost control of the car when driving at high speed down the Via della LibertÃ . 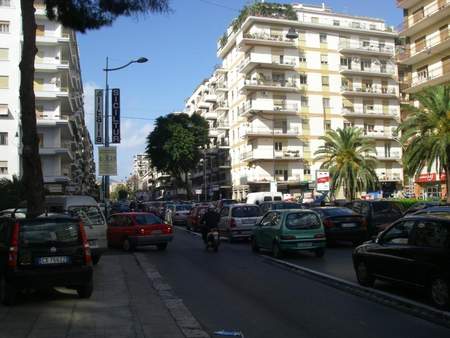 When traffic is bad in Palermo, it is bad. Most drivers will use the horn more that the speeder. When I’m here in Palermo on holiday the sound of horns at the nearby road intersection is usually what wakes me up 🙂