I have now booked the ferry to Sardinia for the last leg of my circumnavigation of the island. In a few days time I will push the Skim Distance back in the water exactly where I pulled it up last year, and finish what I set out to do last year. On Friday I’m off on my motorcycle from Venice to Genova. The ferry departs in the evening, and the crossing to Arbatax takes some 16 hours, so I arrive there at noon on Saturday.

First stop is at Francesco Muntoni of Cardedu Kayak. He has the kayak and most of my gear stored, and he will help me return to Fertilia just as he helped me away from Fertilia last year.

I will do the remaining part of the journey alone, except that I will probably be joined in weekends by some of the many paddling friends I now have in Sardinia, all those I know from last year, from our visit in Easter this year, from the Vogalonga in Venice, and from the symposium recently in Bibione here in the Veneto region.

Once I’m in Cagliari, I will have to return to Cardedu to pick up the motorcycle and put the Skim Distance back in the shed, until we either find a permanent home for it (I know Francesco has a very good suggestion – he likes it 🙂 ) or I find the time from family in Denmark and kayaking activities in Venice to do the circumnavigation of Sicily, which was part of the original plan and my original reason to come along in the first place.

I don’t have many specific plans for the final part of the journey, but everybody I’ve met says the last part is the most beautiful, though I have a hard time believing anything can beat the splendour of the Golfo di Orosei.

In the Oristano area I want to see the ruins of Tharros, an ancient Roman city, and I want to enter the Stagno di Oristano to see the flamingos there. I have never seen flamingos close up in the wild, and I’m not going to miss that chance. Weather permitting I would also like to have a look at the Isole Sulcitane in the SW corner of Sardinia. Then there’s the ruins of Pula, but they’re near Cagliari so it would be fairly easy to return there later.

I am so looking forward to this. 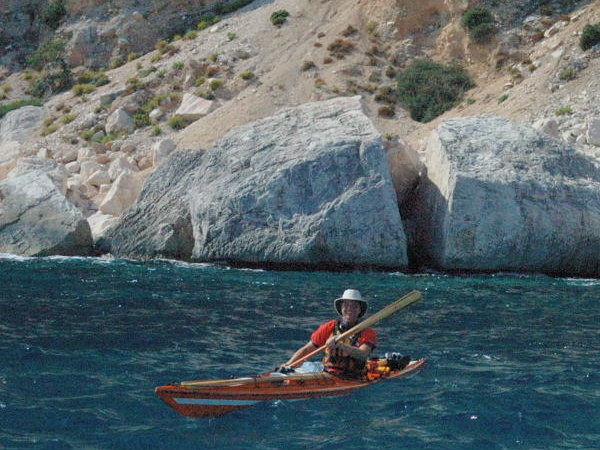