I met a grey heron the other day when I walked along the old fortifications near my home. 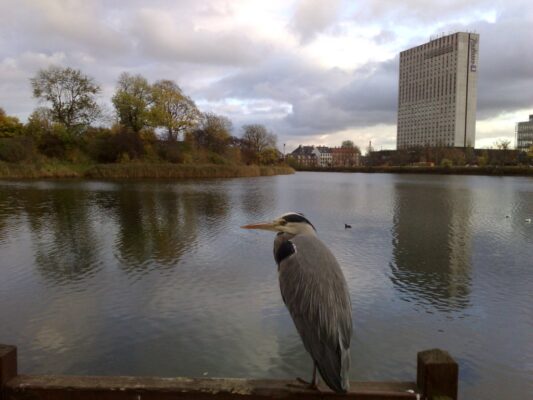 Its not all that unusual, they’re getting quite common around here, even in the centre of town. Most often we see them wading in the low water under the brink or sitting in the top of small trees, and they usually take flight if you get closer than about ten meters or so.

This one had settled on the fence of a viewing platform near the main path along the ramparts, which was a bit unusual, so I sat down to watch it for a while. Not only had it picked an unusual place to rest, it also seemed very reluctant to leave it. A man feeding the ducks went all the way down to it, and all it did was to take a few steps along the fence to keep more distance, and two children ran down to it, shouting, and it hardly moved.

After watching it for some time I too walked down to take a few photos with my mobile phone, and it allowed me as close as one metre without showing signs of distress. I took a few pictures as close as I could and walked on. From the next bastion I could see it was still sitting there.

I have never been that close to a grey heron before. 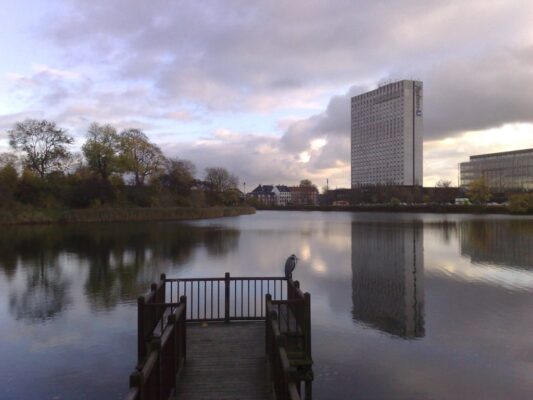 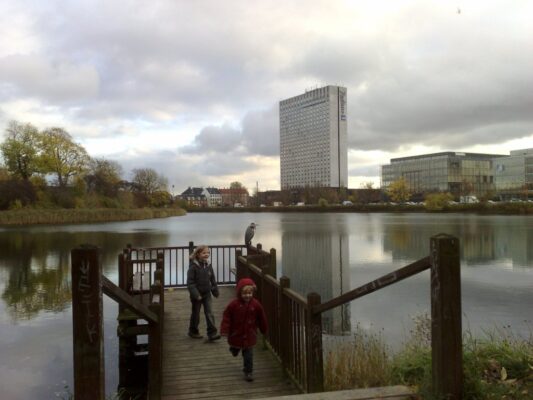 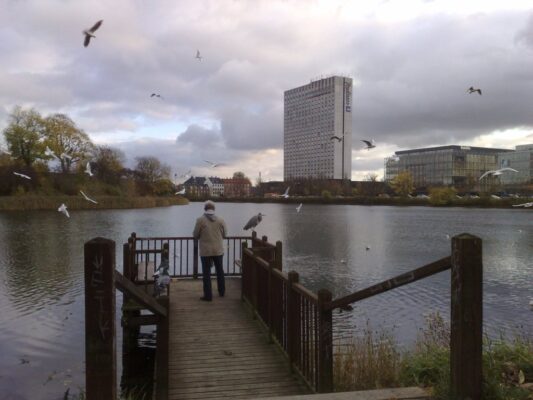 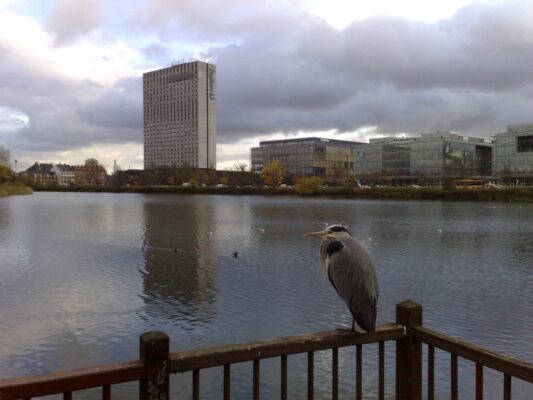