Yesterday I was paddling around Venice with a German couple and their daughter. The girl was almost mesmerised by the crabs scuttling around on the walls and steps on the rii, so daddy picked one up to show her, then put it down on the kayak so it could get on with its life.

I tried to get a photo of the crab on the kayak, but the camera wouldn’t obey, and I missed it. 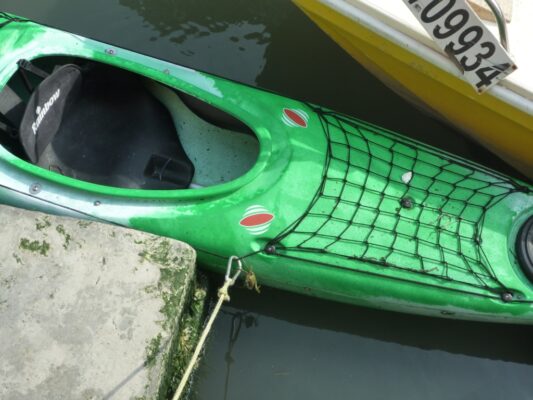 At least I thought I missed it. When I zoomed in a bit I found that I had caught the crab in mid jump 🙂 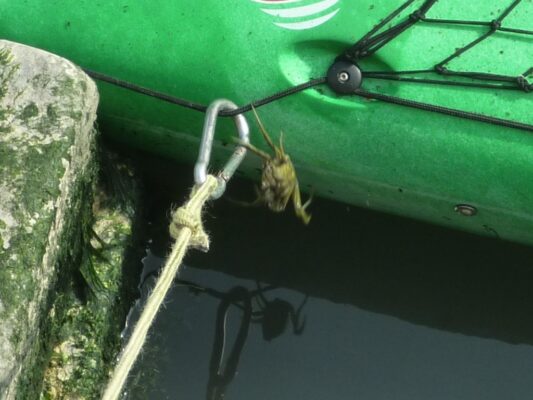