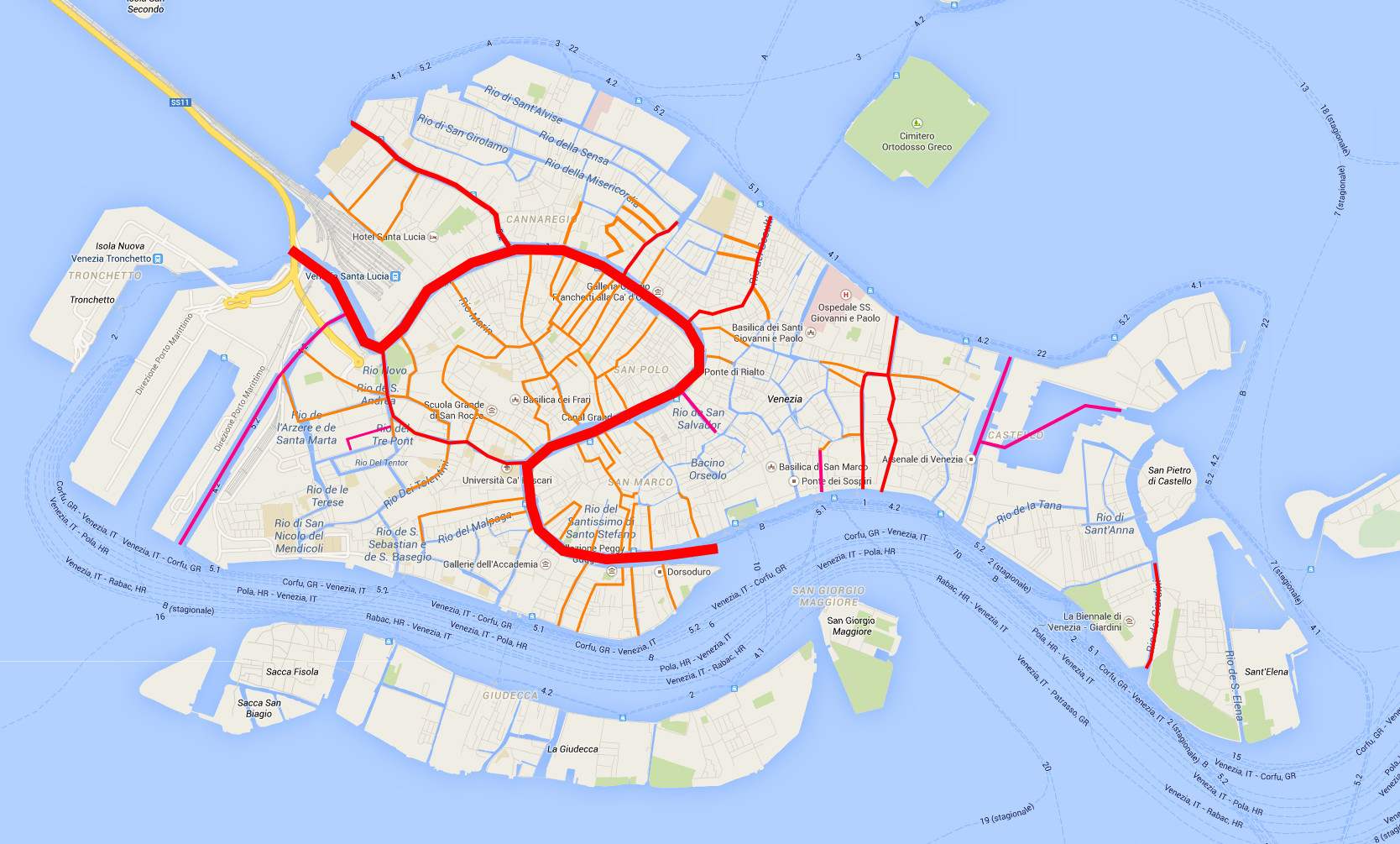 The City of Venice has issues a wide ban on kayaks, canoes, SUPs, dragon boats and more.

Yesterday I had a meeting with a representative of the municipal government, sufficiently high up in the hierarchy to be able to influence municipal policies. While the meeting itself was rather inconclusive, there was a recognition that there is a real problem to solve, and another meeting will be called later, with both politicians and technicians present, in an attempt to find a solution.

The proposal from the municipal administration is to ease the ban a bit, allowing free passage for everybody after 5pm on Monday to Friday, after 1pm on Saturdays and all day on Sunday.

We have no idea whether they’ll stick with this or if we can still make suggestions. We will no doubt make our suggestions.

For Venice Kayak the proposed modifications will be worth very little. We will have to move our longer tours to later hours, and the viable season for longer tours will be cut from 7-8 months a year to 3-4 months, if we are to avoid returning after dark.