The rules for paddling in Venice city will be moderated from April 20th.

The new rules were decided by the city executive on April 3rd, published officially on April 9th and they’ll be executive ten days after publication.

The kayak/canoe/dragon/sup ban in the Grand Canal and other canals will be reduced to the hours 8am-3pm on weekdays and 8am-1pm on Saturdays. On Sundays and holidays there are no limits. 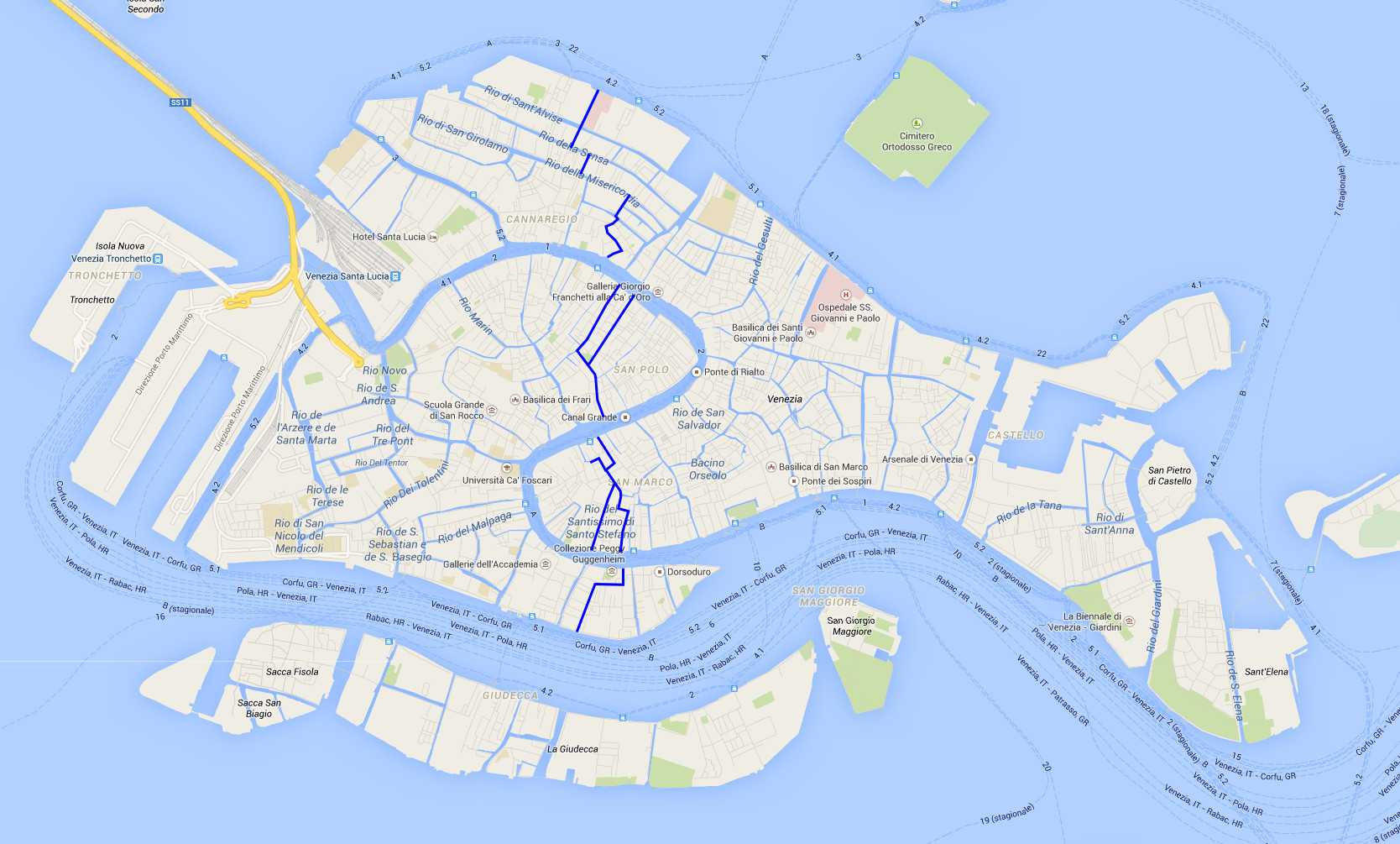 There’s a series of minor canals designated as “blue” canals, reserved for non motorised boats, running north to south through the city centre, and it will be allowed to cross the Grand Canal in proximity with these “blue” canals, giving precedence to all other traffic, even in the hours where normal navigation on the Grand Canal is banned. In this way it is possible to move about the city also before 3pm on weekdays.

All the rest of the city is available for paddlers at all times.

The new rules seem to indicate that it will be obligatory to carry at all times (also by day) a white light, visible at 360Â°, to be lit between sunset and sunrise.

The ban has not been lifted completely, but changed from a blanket ban on certain canals to a system of time limits, which is not really different from what gondolas, taxis and goods haulers also have to abide by, so I don’t think we can really complain. We’re not treated worse than other categories of traffic in the city.

The exact text in the new rules is this:

In the major internal connecting canals: Canal Grande, Cannaregio, Giardini, Greci – San Lorenzo, – Santa Giustina – Sant’Antonin â€“ PietÃ , Noale, Novo, Ca’ Foscari, Santi Apostoli – Gesuiti, all navigation is forbidden on weekdays, from Monday to Friday from 8am to 3pm, and on Saturdays from 8am to 1pm, for vessels commonly named jole, dragon boat, hydrocycle, pedalo, canoe, kayak and SUP. All passages of these are on the condition that they carry on board a white light of uninterupted light visible at 360Â° to be kept turned on from half an hour after sunset until half an hour before sunrise. It is permitted to cross the Canal Grande on the connecting tracts between the “blue” canals facing it, with the obligation to give the right of way to all passing vessels.

One response to “Kayaking ban in Venice – new rules”