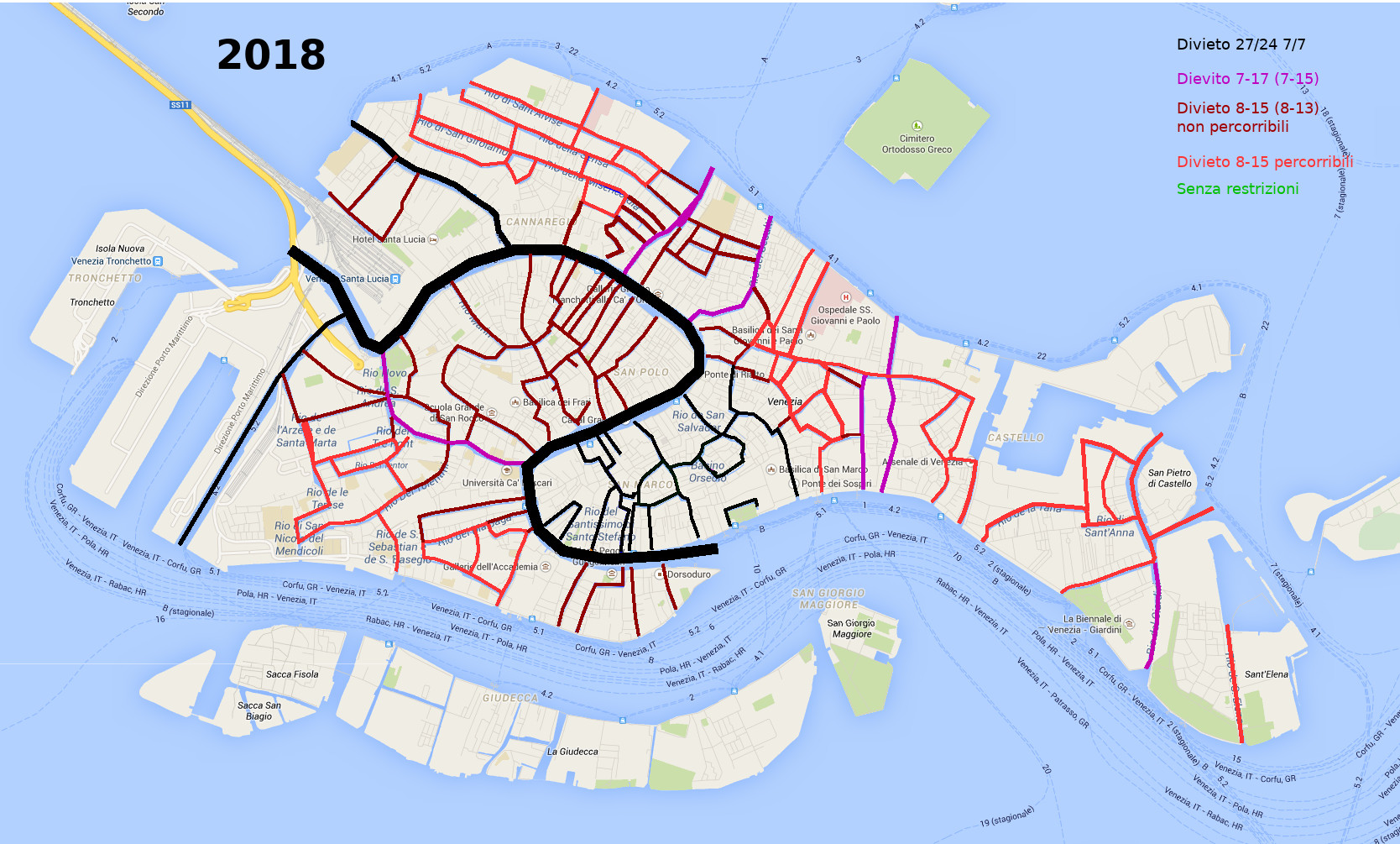 The city administration of Venice has issued an almost total ban on kayaking for entirely fictitious reason of safety of navigation.  We have written about it previously on August 1st , August 6th, September 9th, and September 23rd.

The TAR Veneto (Tribunale amministrativo regionale del Veneto) has held a preliminary hearing on October 3rd, to express judgment on the suspension of the kayaking ban awaiting the final hearing which will lead to the final judgment in the case.

The outcome was neither victory nor defeat.

The judges decided to non suspend to city’s ban on kayaking, but to hold the final hearing in the case, leading up to the final judgment, on February 6th, 2019, at 9am.

The final judgment will be issued sometimes afterwards, in principle the day after, but more likely one to two months later.  We might only know the outcome around Easter 2019, even though we hope it will be earlier.